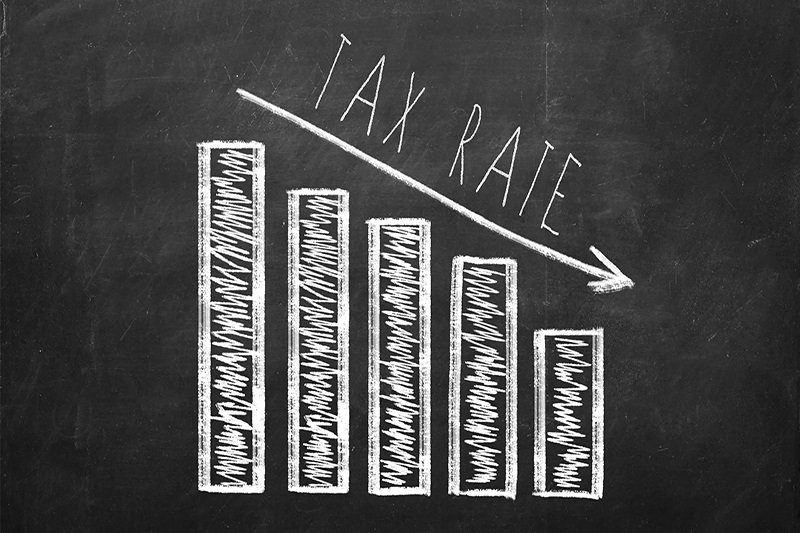 At the beginning of last year, the economic pundits were talking about a crash in the market and a deep recession. Despite their best efforts, the longest economic recovery on record continues, with January being the 128th consecutive month of growth. The first seven years, from mid-2009 through 2016 saw average real GDP growth of 2.2%. Since the start of 2017, US real GDP growth accelerated, to an average annual growth rate of 2.6%, while the unemployment rate now stands at the lowest level in 50 years (and is likely headed lower).

We attribute the acceleration to a combination of better regulatory policy and lower tax rates. These changes reduced impediments to growth, kind of like putting a lighter jockey on the horse. Steps forward for sure, but it could be better. The US grew at a 3.1% annual rate during the 1980's and a 3.4% rate in 1990's, both decades that saw recessions. What gives? The US has not grown more than 3.0% for any calendar year (Q4/Q4) since 2005.

Larry Summers, former Treasury Secretary, former head of the National Economic Council, and a possible Fed chief if the Democrats take the White House, says it’s “secular stagnation.” Summers thinks the US and other economies are in a long-term funk because of slower population growth, more inequality and low investment – which in economic terms means a shortage of demand. The best way to address this, according to the secular stagnationistas, is to keep monetary policy loose and run large budget deficits.

So, Summers was OK with the Fed’s cuts in short-term interest rates in 2019, and, although he opposed the Trump tax cuts, he has not loudly opposed budget deficits. Those who claim we’re in secular stagnation support more government spending on things like infrastructure, for example. To sum it all up, secular stagnation theory means we should inject the economic horse with government-provided steroids.

An alternate theory comes from economists Carmen Reinhart and Kenneth Rogoff, who, in their book “This Time is Different,” argue that, after financial crises (such as 2008-09), economies grow slower. But here we are 11 years later, with consumer and corporate balance sheets in much better shape, and inflation and growth have still not returned to normal. The economic effects of the financial crisis should be past us by now. We never believed this theory and to see it fail isn’t a surprise. After all, the S&L crisis, Latin and South American debt defaults, and oil and ag bank problems, hit in the 1980's. In fact, adding up all the losses (and bank failures) from that period shows it to be worse than the 2008 crisis.

But Reinhart and Rogoff ignored it because it didn’t fit their theory – the economy grew rapidly in the 1980's. The reason their model didn’t work in the 1980's is because, contrary to other crises, President Reagan’s administration did not respond with massive increases in spending, regulation and easy money. Rather, the US cut tax rates, regulation, and non-defense spending, while running a tight money policy. The economic horse accelerated, not by jacking it up with steroids, but by making the jockey (the size of government it must carry) lighter. Looking at it this way explains slow growth in the past decade. Federal spending (excluding national defense and net interest) averaged 13.3% of GDP in both the 1980's and the 1990's. But in the 2000's, it averaged 14.2% of GDP and in the 2010's it averaged 16.2%. Every one of the additional dollars the government spent sucked resources out of the private sector, allocating them the way politicians wanted, rather than through voluntary private exchange. That made the economy less efficient and less able to grow. In other words, the jockey got fat and weighed down the horse. If they truly want faster growth, policymakers need to focus on slimming down the government, not growing it under the guise of boosting “aggregate demand.” Tax cuts and regulatory relief help.

This is a theme you have heard from me often. The more the government spends and controls the worse the economy becomes. More spending, more bank regulation and negative interest rates have failed to produce positive results. If we want 3-4% real growth in the future, spending restraint is the answer. We must remind our congressmen and senators that it is time to reduce government to free the private sector to grow. It will help everyone from the poor to the rich.

Equities: US markets ended 2019 and started 2020 last week with lower than average volume, despite a spike in volume that occurred on Friday as investors raced to adjust their exposures to anything in the Middle East. The technology-heavy NASDAQ managed to post a gain for the week, thanks in large part to solid gains seen over the last two trading days of 2019. The Dow came in second place with slightly negative performance last week. Rather than Boeing significantly dragging the index down, it helped drive performance as the company gained almost a full percent for the week, a welcome change for investors who have been beaten down by the stock over the past few months. The S&P 500 turned negative for the week with Friday’s decline, while the Russell 200 was negative for the week going into Friday, but saw the best performance of the day on Friday, thanks to the general lack of international exposure of many companies in the index.