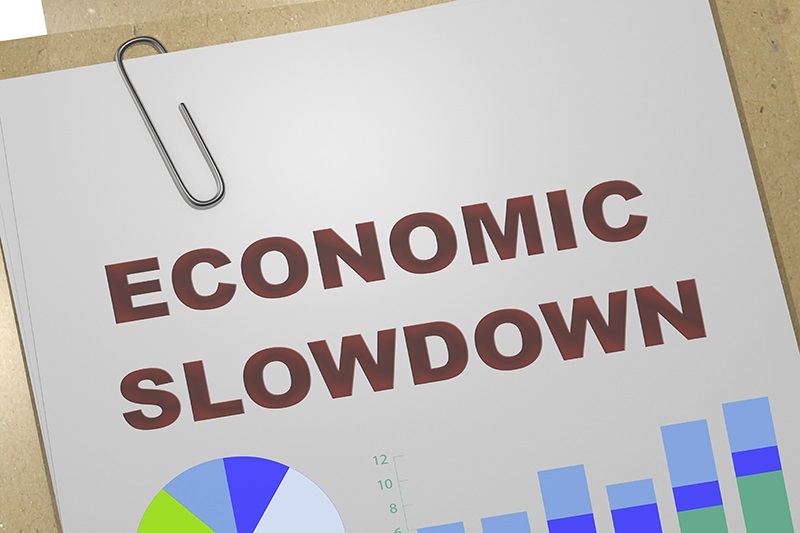 Most analysts and pundits expect a noticeable slowdown in 2020; not a recession

The US economy is not in an economic boom, but growth has been consistently faster than during the Plow Horse phase from mid-2009 through the end of 2016. Real GDP has grown at a 2.6% annual rate since the start of 2017 versus 2.2% beforehand. But most analysts and pundits expect a noticeable slowdown in 2020; not a recession, but slimmer 1.8% real GDP growth (Q4/Q4). This is an even steeper decline than the 2.2% consensus forecast for 2019 (which they were wrong about) that analysts made a year ago. By contrast, we’re forecasting real GDP growth in the 2.5 - 3.0% range in 2020.

Why do I think the economy will grow faster than so many out there that claim to be experts. They think the extra economic growth related to the tax cut was a temporary phenomenon, due to putting more money in the pockets of consumers and businesses. Instead, we’re focused on what the changes to the tax law do to the incentives to work, invest, and run businesses more efficiently. That last part is particularly important given that the incentive effects of the Trump tax cut were focused so heavily on businesses.

Some analysts have claimed those tax cuts didn’t work, noting that business investment in plant and equipment hasn’t boomed. But the way businesses operate has changed substantially over recent decades. The old way of raising worker productivity was by giving them more equipment. Now companies push the work, the decisions, to the consumer by using Apps. Instead of buying a shiny new computer, they figure out how to use computers and networks most effectively. No wonder corporate profits have remained at such high levels. This may also explain why productivity growth has accelerated in spite of lukewarm growth in the dollar value of business investment.

Productivity growth is normally strong early in an economic expansion and then fades later on. For example, productivity grew 3.7% in the first year of the current expansion. In the next 6½ years, it grew at a very weak 0.7% annual rate (through the end of 2016). Since then, productivity is up at a much more respectable 1.4% rate. The economic expansion isn’t going to last forever but look for the US economy to continue to outperform the doubters until the doubters realize their model of how the economy works has a fundamental flaw. This all translates into an above-average performance on stocks because the naysayers will be proven wrong. Bonds still are a sell and real estate is getting tricky and probably a better sell than a buy. Stay the course and expect at least one quarter that is down this year.

The music kept playing last week as the three major US indexes posted their sixth gain in the past seven weeks. However, the pressure appears to be building for the market bears to make their presence known. The bullishness seen in the markets last week was largely due to the developments between the US and Iran. After the US killed General Qassim Soleimani two weeks ago, Iran vowed revenge for his death. On Tuesday last week, Iran launched 15 ballistic missiles at two military bases the US uses in Iraq. When it was announced that Iran had attacked two airbases in Iraq, the US futures and global stock markets all sank, with the Dow falling more than 400 points very quickly. As word came out that there had been no US or Iraqi military personal either injured or killed in the attacks, the global markets recovered much of their losses. It became apparent that Iran went out of its way to avoid killing or injuring anyone, while still being able to tell its people that it attacked the US military to avenge Soleimani’s death. A few hours after the attacks, there was another twist in the situation as a Boeing commercial airline operated by Ukraine International Airlines (flight 752) crashed in Iran. Initially, Iran said it had nothing to do with the plane going down. Later in the week, as evidence was mounting against this story, Iran admitted to accidentally shooting down the plane, thinking it was either an incoming US missile or a US attack plane. The downing of a civilian commercial aircraft by Iran led to widespread protests by Iranians against the government as many of the 176 people on board the plane were Iranian.

Equities: US markets were mixed last week with the technology-heavy NASDAQ once again leading the way higher throughout the week, as large-cap technology companies continued to push higher. Much of the market movements last week were due to the situation between Iran and the US seeming to work itself out without further violence. This was reflected by the falling oil prices around the world as the geopolitical risk premium declined. The Russell 200 small-cap index continued to struggle as it once again saw divergent performance between itself and the other major US indexes.