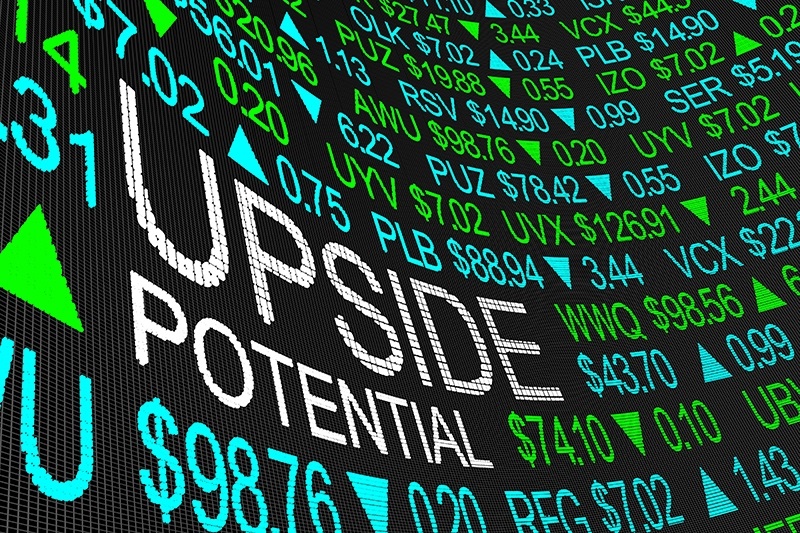 January is looking like a very positive month for stocks

Back in mid-November, the highly respected GDP forecasting model from the Atlanta Federal Reserve Bank (also known as “GDP Now”), estimated that real GDP would only grow at a 0.3% annual rate in the fourth quarter, which, if accurate, would have been the slowest growth for any quarter since 2015. I find this quite remarkable since the earnings for corporations have been strong and international trade has turned around due to the many agreements either passed or in the works.

I have forecasted at the beginning of the year that we would see GDP up 3% for the year. Now, nine days from the government’s first official report on Q4 GDP, the Atlanta Fed’s model is saying 1.8%, while we’re at 2.5%. In other words, they’ve moved a lot higher, we’ve moved a little lower. The consensus among economists is 2.1%, right between our forecast and the Atlanta Feds.

Why is this important you may say? Well, if the growth slows like they predicted, we would be worried about the stock market and a looming recession. Since they are now predicting a much higher number, it is apparent that the markets are safe from a dramatic drop and the economy is nowhere near a recession.

Here’s the thing: international trade and inventory figures are likely to have a huge impact on Q4 real GDP, with international trade a positive factor and inventories a negative. Trade relations with China were very volatile until recently, in part explaining a big drop in imports in Q4, which has a temporary positive influence on GDP. But, at the same time, fewer imports also meant less inventory accumulation in Q4. We’re telling you this because the day before the GDP report next week, we will get reports on both trade and inventories, which might lead us to make a substantive revision up or down to our 2.5% forecast. Either way, what’s most important is the trend, and we see healthy economic growth coming in 2020.

Monetary policy is far from tight, companies are still adapting to a world where corporate profits earned in the US face lower tax rates, the regulatory environment has become more favorable, home building is poised to add to GDP, and consumer purchasing power (already strong) is growing

Inventories are also a huge wild card in Q4. As of now, we’re penciling in a drag on the real GDP growth rate of 0.9 points. After Q4, look for a rebound in the pace of inventory accumulation, which should add to economic growth in 2020. Add it all up, and we get 2.5% annualized real GDP growth. Expect growth to average at least that pace in 2020, with our projection in the 2.5 to 3.0% range. There’s no recession on the way, and plenty of reason to believe better profits will see this bull market continue to run.

Other than the signing of the US-China trade deal, markets around the world focused on the start of earnings season for the fourth quarter of 2019, retail sales and economic data released throughout the week. Earnings season in the US kicked off last week with several of the major financial institutions reporting their results.

Retail sales figures for the month of December were released on Thursday last week and had some interesting and, at points, conflicting data. While the month-over-month data does not look very strong, the annual data looks significantly better, with December’s total retail spending being 5.8 percent higher in 2019 than it was in 2018.

Equities: US equity markets moved higher last week after the US-China trade Phase One deal was officially signed and earnings season for the fourth quarter of 2019 officially kicked off. The Small Cap Russell 2000 led the way higher for the first time in more than a month, as new highs were set on three of the four major US indexes (Russell 2000 is still approximately 2 percent away from the August 2018 highs).

As you can see, January is looking like a very positive month for stocks. Over the past 90 years, the S&P 500 index has risen an average of 1.2% in January, according to Yardeni Research, making it one of the best-performing months for investors. Investing pros even have a term for the market’s tendency to rise at the start of the new year. It’s called the “January effect.”

Researchers have been studying the January effect for decades and have largely found that the effect does occur regularly. “Markets tend to perform better in January,” says Jason Lambert, the president and CEO of Northwest Financial & Tax Solutions near Portland, Oregon.
The effect is a phenomenon similar to the “Santa Claus rally,” a seasonal rise in the markets often observed during the last two weeks (final 10 trading days) of the year, fueled by a large volume of year-end trading, the busy retail season, and investor enthusiasm.

January’s increase is distinct, though, Lambert says: It’s not just leftover Christmas magic from a Santa Claus rally. Several underlying factors tend to help boost the markets at the beginning of the year. “It’s [partially] credited to retail numbers,” he says, and a surge in seasonal hiring.

Given the strength of the economy during the 2019 holiday season, many experts are expecting a high likelihood of a January effect in 2020. They also expect the markets to keep rising throughout the year — although at a slower pace than last year. In the past few commentaries, I predict that the growth will be between 10% and 15%. I will keep you updated as to the progress of that prediction