You should be well aware that the third-quarter earnings and GDP are stellar. Some were doubting the ability of the economy to bounce back in a V-shaped recovery, but it is indeed happening. 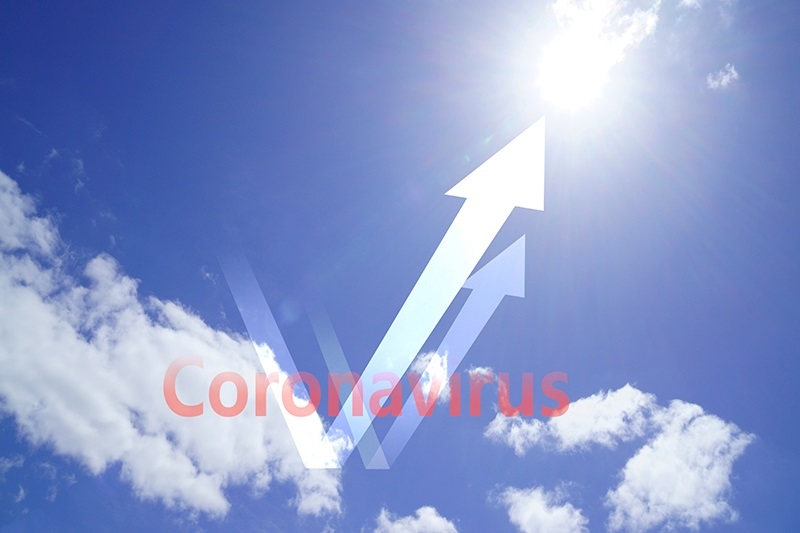 It's important to keep in mind that even this huge V-shaped bounce will leave Q3 real GDP 2.9% lower than it was a year ago. Without the shutdowns, the US would have grown 2.5% versus a year ago. This means the economy will be about 5.3% smaller than it would have been in the absence of COVID-19.

And even with above-trend growth in the year ahead (say 4.5%, annually), the fact that many industries remain highly restricted, while many businesses have declared bankruptcy, means that the 5.3% gap will take time to close. Without full re-opening, the economy will likely take until 2023 to get back to where it would have been otherwise. If we do re-open and don't shut down again, it would happen faster.

Here's how we calculate the good news of an annualized 33.4% rebound in real GDP for Q3:

Consumption: Car and light truck sales rose at a 246% annual rate in Q3 (not a typo!), while "real" (inflation-adjusted) retail sales outside the auto sector grew at a 49.8% annual rate. Spending on services also rebounded, but not quite as sharply. Much of service consumption is related to home occupancy, which didn't drop in Q2 and so didn't require a rebound in Q3. Also, limits remain on restaurants & bars, movie theaters, and other travel-related services. As a result, we estimate that real consumer spending on goods and services, combined, increased at a 38.9% annual rate, adding 26.1 points to the real GDP growth rate.

Business Investment: Business investment in equipment rebounded sharply in Q3, while investment in intellectual property likely rebounded at a more moderate pace, and commercial construction continued to fall, the latter of which reflects little need for more office space or hotels. Combined, business investment looks like it grew at a 22.4% annual rate, which would add 3.1 points to real GDP growth.

Home Building: Residential construction revived rapidly in Q3 and has much further to go, with a renewed desire for more space in the suburbs and a housing shortage in many places around the country. We estimate growth at a 15% annual rate, which would add 0.6 points to the real GDP growth.

Government: It's hard to translate growth in overall government spending into a GDP effect because when calculating GDP only direct government purchases of goods and services counts. Our best guess is that government purchases, especially for healthcare and PPE rose quickly, just like in Q2. We estimate growth at a 10.7% annual rate, which would add 2.1 points to real GDP growth. Because GDP only accounts for spending "today," there is no offset for the deficit and what we are spending from the "future."

Trade: The trade deficit continued to grow in July and August as imports revived faster than exports. At present, we're projecting that net exports will subtract an unusually large 3.1 points from real GDP growth in Q3, although data out next week on the trade deficit in September may alter this estimate, as well as our estimate for overall real GDP.

Inventories: Inventories likely continued to fall in Q3 but not nearly as fast as they did in Q2, adding around 4.6 points to the real GDP growth rate. Yes, we know it seems weird that inventories could keep falling but add to GDP, but that's how the math works out. If inventories decline by less than they did during the previous quarter, that smaller negative ends up adding to (or subtracting less from) GDP growth.

Add it all up, and we get 33.4% annualized real GDP growth for the third quarter. We look for more growth in the quarters ahead, but nothing anywhere close to this pace.