Thursday we expect the government to report a huge and virtually unprecedented, surge of a 33.4% ...

To reiterate, this Thursday morning we expect the government to report a huge and virtually unprecedented, surge of a 33.4% annualized growth rate in real GDP growth for the third quarter. There are still a few monthly reports due this week that could affect our forecast, but only slightly. 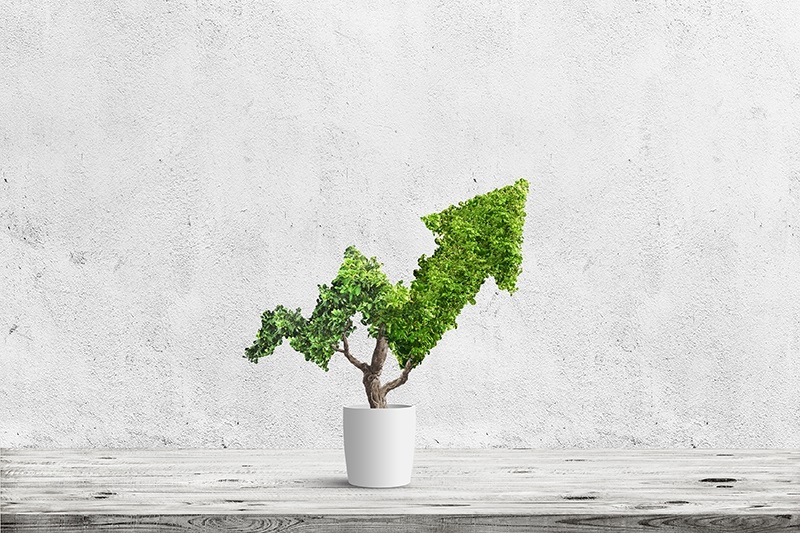 Obviously, the US will not keep growing at this rate, but the question remains about how much might it slow? Believe it or not, because we have September data – the "jumping-off point" for the fourth quarter – we can start to make some early estimates about reported future growth rates. Right now, an annualized growth rate of 5% is highly possible and it could be even higher.

All of this depends on COVID-related shutdowns. As the US conducts more than 1 million tests per day and uses highly sensitive tests as well, there has been a new "surge" in COVID-19 cases. Despite this surge in new cases, deaths have remained relatively stable. This means the "case fatality rate" is falling. Nonetheless, because of fear about the surge in new cases, some politicians, like Illinois Governor Pritzker, have shutdown activities like indoor dining. So far, these new shutdowns are not widespread enough to alter the course of the macro-economy in any significant way, but that could obviously change.

If it doesn't, and the US economy holds its September activity level, the fourth quarter is looking strong. Take cars and light trucks, for example, which sold at a 16.34 million annual rate in September versus the third quarter (July, August, and September) average of 15.38 million. In other words, auto sales were an annualized 27.3% higher in September than the third quarter average. So, if vehicle sales flatline in the fourth quarter (October, November, and December), they would be 27.3% higher, at an annual rate, versus the third quarter average. The same goes for retail sales outside the auto sector: even if they remain unchanged in October, November, and December, the September level was already 4.7% annualized above the average level for Q3.

The single-family home building shows a similar pattern. Without any change in single-family housing starts for the last three months of the year, the quarterly average would still show growth at a 28.8% annual rate versus the Q3 average. Note that this is not true for multi-family housing starts, but those starts are so volatile from month to month that the jumping-off point in September is less meaningful.

Given that we are nearing a presidential election, there are many unknowns regarding public policy for the next several months. Future tax rates on regular income, capital gains, dividends, spending, tariffs, regulations,...all up for grabs. Who knows, maybe even the addition of states, additional limits on the Senate filibuster, and Court-packing, as well.

That's why it's important to take stock of where we are right now. A full recovery from the disaster earlier this year is a long way off, but we believe that recovery started several months ago, and the early read is that the fourth quarter should be solid, as well.

I also believe that no matter who wins the election, at least for the next twelve months, stocks look very cheap. Do not allow emotions or press releases to bring fear and irrational behavior. Stay the course and you will be rewarded. I will keep you abreast of any changes in my analysis and where to invest as changes occur. Vote with your wallet and you will be voting for economic growth and prosperity.