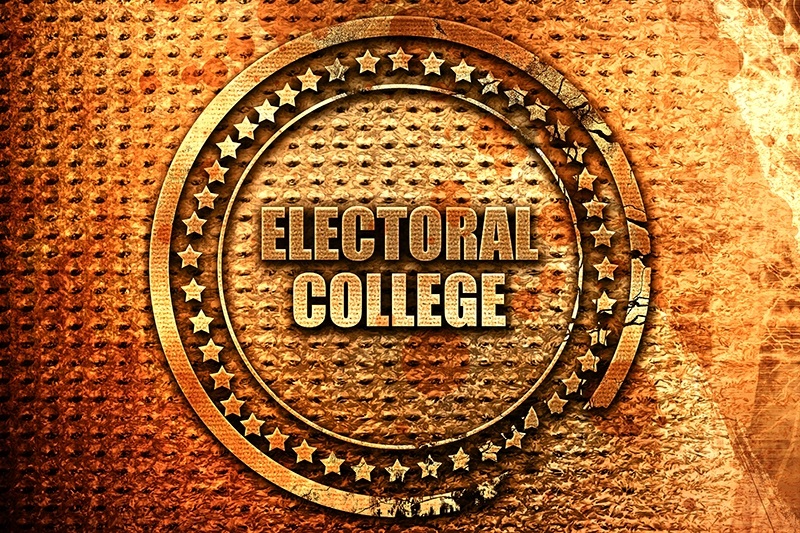 The job market and the economy look strong... and the electoral college explained

In January, US payrolls expanded by 225,000, not only beating the consensus forecast, but also forecasts from every single economics group. Since January 2019 (12 months ago), both payrolls and civilian employment – an alternative measure of jobs that includes small-business start-ups – are up 2.1 million. The labor force – those who are either working or looking for work – is up 1.5 million, while the jobless rate fell to 3.6% from the 4.0%.

The labor force participation rate (the share of adults who are either working or looking for work) increased to 63.4% in January, the highest reading since early 2013. Participation among “prime-age” adults (25 to 54) hit 83.1%, the highest since the Lehman Brothers bankruptcy in 2008. Meanwhile, initial claims for unemployment insurance hit 202,000 in the last week of January, and initial claims as a percent of all jobs are at the lowest level ever.

In other words, the job market and the economy look strong. Only a few months ago, some analysts were saying that the inversion of the yield curve - with short-term interest rates above long-term rates - was signaling the front edge of a US recession. Now a recession seems nowhere in sight.

Lately, financial markets have become very jumpy on any news – good or bad – regarding the coronavirus. We aren’t immunologists(or doctors) and would never make light of a virus that has killed more than 900 and infected over 40,000, but data released by the World Health Organization (WHO) cautiously suggests a positive turning point has been reached.

So far, the virus has had minimal impact outside of China, and the growth rate of new cases worldwide has slowed. Yes, these numbers must be taken with a grain of salt, given that the news is coming from China. But China’s leaders have an interest in limiting the spread of the virus and the economic damage it causes, and they have allowed the WHO access. China’s President Xi Jinping has been able to accumulate more power than any leader since at least Deng Xiaoping, perhaps since Mao. We assume he is well aware that a major failure to contain the virus could give his political opponents an opening to vent their frustration with the current leadership, and perhaps push for change.

It’s true that the growth of the Chinese economy has slowed precipitously, and this is affecting many companies’ sales and production. However, we do not believe that this will damage global growth in a significant way, and the US stock market suggests that global investors agree.

Meanwhile, President Trump is presenting his budget plans to Congress this week, and early reports suggest some proposals to rein in entitlement spending. We wouldn’t hold our breath waiting for these policies to get implemented. No matter who controls Congress, the one bi-partisan thing DC is able to do is spend more taxpayer money. And even with a slowdown in spending growth for entitlements, the President’s budget proposal still won’t balance the budget until 2035. To be clear, we do not think deficits are the proper tool to use for economic forecasting. What matters is spending, and federal spending has grown to be too large a share of US GDP. The bigger the government, the smaller the private sector.

In 1983, according to the OMB, federal spending was 22.9% of GDP. In 1999, under President Clinton, it had fallen to 18%, and from 1983 through 1999, real GDP grew 3.7% at an annual rate. This trend was reversed with government spending rising to 21.1% of GDP in 2019, and from 2002 to 2019, real GDP grew just 2.1% annualized. Bigger government leads to slower growth. Taking all of this together, no recession on the horizon and improving news about the coronavirus suggests corporate profits will continue to grow in spite of moderate growth. Stay bullish! The secular bull market is solidly in place and will not reverse for quite a while. My prediction is that it will continue for the next 10 years.

In their infinite wisdom, the United States' Founders created the Electoral College to ensure the STATES were fairly represented. Why should one or two densely populated areas speak for the whole of the nation? (Please do not interpret my explanation being associated with any certain political party. It is important no matter who becomes president that we all are represented!)

The following list of statistics has been making the rounds on the Internet. It should finally put an end to the argument as to why the Electoral College makes sense.

This needs to be widely known and understood - please share it!

Therefore these 5 counties alone, more than accounted for Clinton winning the popular vote of the entire country!

When you have a country that encompasses almost 4 million square miles of territory, it seems ludicrous to even suggest that the vote of those who inhabit a mere 319 square miles should dictate the outcome of a national election.

Large, densely populated cities (NYC, Chicago, LA, etc.) DO NOT and SHOULD NOT speak for the rest of our country!

And it has been verified and documented that those aforementioned 319 square miles are where the majority of our nation's problems foment.

I hope that helps you understand why the founding fathers invented the electoral college. It allows a representative government for all people, both Democrats and Republicans.