How Bad Is It? Light At The End of the Tunnel

Before I get into the economic data for the week, I want you to know that the Dow at its high was 29,568. It dropped to 18,263 with the news of the pandemic. That was a 38% drop. Today the market is at 24,000 or down 19%. That is a pretty impactful recovery from the bottom in only 5 weeks. To reach the old highs of the year, the market would have to move up 23%. I still believe that will happen with 12 months and probably faster as the economy and jobs recover. 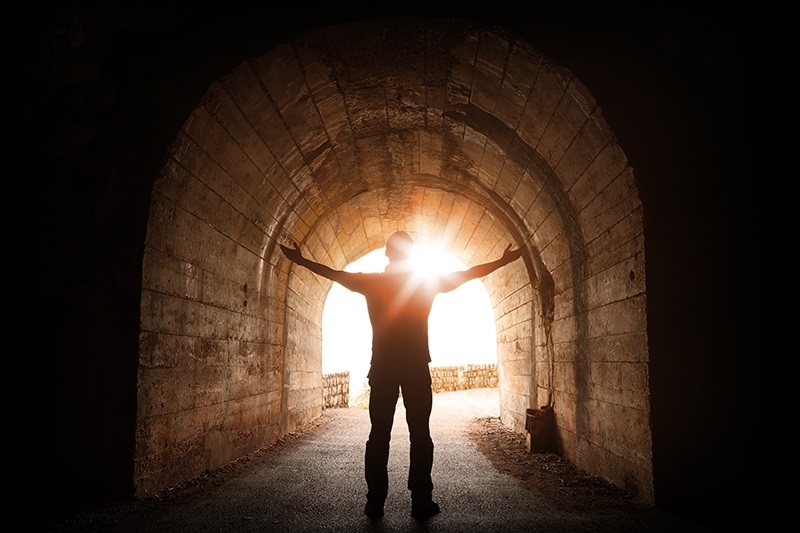 Now let's look at how bad this economic downturn is.

When the employment report for April is released this Friday, the economic damage from the deepest of the Coronavirus shutdowns will become clear. We estimate that nonfarm payrolls will be down roughly 22 million versus March, and the unemployment rate will skyrocket to around 17.0%, the highest reading since at least 1948.

To put that in perspective, during the subprime-mortgage panic of 2008, payrolls declined 8.7 million over a 25-month period. Now, it looks like we lost almost three times as many jobs in just one month. The highest unemployment rate since the wind-down from World War II was 10.8% at the end of the 1981-82 recession. The jobless rate peaked at 10.0% after the Great Recession.

Unfortunately, we expect the unemployment rate to be even higher in May, and it is very difficult to believe that $2.5 trillion in government spending offset more than 50% of the damage. We hope we are wrong about that, but promising money to companies for payroll expenditures - but then not allowing them to open or letting them open at only 25% capacity - will not save many restaurants or bars.

While the economic damage is horrific, there are some positive signs. While 30 million workers filed for unemployment benefits in the past six weeks, those currently receiving benefits (what are called "continuing claims") are up a smaller 16 million in the first five weeks of that period and will be up around 20 million for the full six-week period. Yes, that's still awful, but it tells us that the Payroll Protection Plan and areas of actual job creation, such as online retailing and delivery services, are offsetting some of the damage.

This kind of job destruction will be accompanied by a very large decline in GDP. We're estimating a contraction at a 30% annual rate (-7% for the quarter) in the second quarter. But everyone already knows that.

We won't get that data until late July, and by then we expect the economy to be expanding, albeit from a low base. In fact, we already see some light at the end of the tunnel. During the week ending Saturday, May 2, 939,790 passengers went through TSA checkpoints at airports. That's up 26% from the prior week and up 40% from two weeks ago. The amount of motor gasoline supplied has grown three weeks in a row, and is up a total of 16%. Hotel occupancy and railcar traffic are both up from a month ago. These high-frequency data will give a clearer read on the pulse of the economy as we gradually reopen.

Yes, activity is still down substantially from year-ago levels, or even those in January, but we are beginning to see signs of life. It's a sign that the animal spirits are not dead.

Anyone who ventures outside will notice more cars on the road and more activity, including in businesses that are still required to be closed to the public but are preparing for clearance to re-open. Many researchers are using cell-phone location data to track the movement of people. For example, Apple looks at "routing requests" on map applications. In mid-April, both walking and driving requests were down roughly 60% from January 13th. As of Saturday, walking and driving requests were only down 29% and 16%, respectively.

It is hard to digest the negative data without panicking, but our economy is amazingly resilient and will come back. In fact, some economists are pointing to next year being a banner year. Let’s hope they are right. For now, stay safe and push politicians to open up the economy and respect that the American people are smart enough to protect themselves.