Capitalism is not evil - an opinion piece

During this pandemic, we are seeing the seeds of socialism. Do you understand why capitalism, albeit not perfect, is the best economic system ever created and America is the model of how to use it? The reason I can confidently manage money is that I believe in this system and know that ultimately it will work for the better of everyone. We all are better as a result of it. Pete Hegseth in his new book American Crusade helps me explain why capitalism is not evil but the right answer not only for us in America but for the entire globe. I have pulled out a section of the book that best helps me explain. What follows is Pete’s illustration. Imagine the word ring is an actual sound that goes off every time we talk about an American innovation. 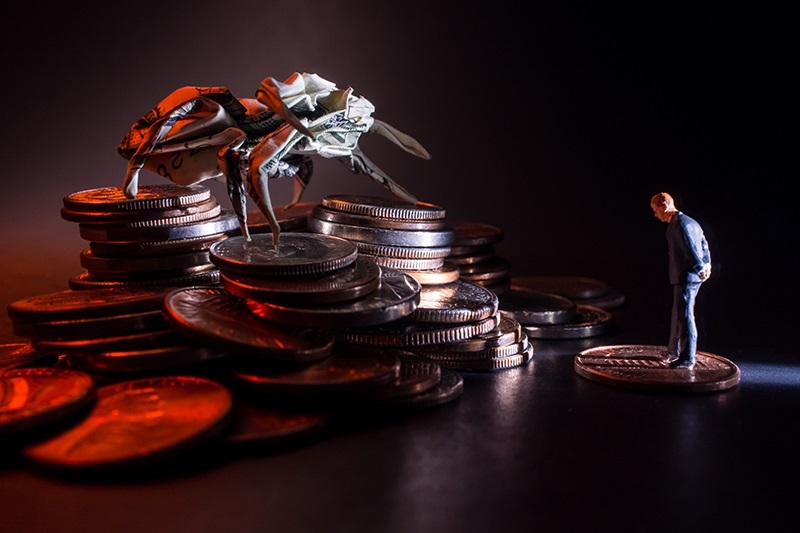 The best evidence for capitalism is right in front of us and I am not talking about space shuttles, satellites, and supercomputers. I am talking about the ways in which our everyday lives have been shaped in every way by the inventions and innovations of American Capitalism. No other country created these. No other system made them possible. Just American style, free market, and capitalism. Consider Bill, he lives in Ohio. He works two middle-class jobs and has 2.5 kids. Thanks to American inventions marked by a ring. Here is a day in his life: The air conditioning ring ran all night keeping the room chilly, just the way Bill liked it. He woke up at 6 am to his alarm clock ring powered by electricity ring. Like most of us, Bill reaches for his smartphone ring he used home Wi-Fi ring to access the internet to check the weather forecast ring and scroll his Facebook page ring. He glances at the baby monitor ring before turning on the lights ring and then takes a high-powered hot shower ring. He brushes his teeth with toothpaste ring and takes Lipitor ring to manage his high cholesterol. After getting dressed (no we didn’t invent clothes), he heads downstairs to make breakfast and pours some breakfast cereal ring. He opens the refrigerator ring pulls out whatever he wants (which no one could do before America) fires up the coffee maker (thanks to Germany) and flips some toast in the toaster ring and after turning on the television ring he realizes his coffee is now cold so he heats it up in the micro wave ring. He now wants his home a bit warmer while he eats so he adjusts the thermostat ring. With breakfast complete, he throws his plate into the dishwasher ring. He now realizes he is running late so he shoots an email ring to his boss. Rushing out of the house he grabs a can of soda ring and some bubbly gum ring before jumping into his car ring. He presses the bottom ring to open the garage door before taking for granted all the things that make his car work from the engine ring to the interlock brakes ring to the airbag ring to the GPS system ring. Then he heads off to work. I could go on and on.

We could go on with airplanes and escalators and fast food and flashlights and post-it notes and shopping carts and video games and even zippers, just to name a few. The point of all of this is not that it has made America wealthy, which it has, but it has made America lives and those around the globe better. Even the poorest people in America today have cell phones that have more power than the first space shuttle! Capitalism and innovation have saved the lives of billions for the better. Without capitalism and the corresponding incentive to make a profit, America would have been just like every other country that has been doing the same thing for hundreds and perhaps thousands of years and putting up with it.

Yet socialists blinded by the fruits of capitalism want to destroy it. I am not here to make a political argument; just help you understand why capitalism is to be appreciated not eliminated for some of the weaknesses that any good system will have. You all can retire and live peaceful fruitful lives because of capitalism. The world is a better place because of capitalism, not just America. That is the point I want to make. I am sure there will be some of you who object to this and that is your right, but I am always open to your feedback.