Biden's tax hike agenda and the markets...what to expect

Before I go into my commentary, I wanted to inform all of you with REITs in your portfolio, that I am currently researching all of them and talking to representatives of the companies. I should have a review to send out by early next week. If there are any changes that I am going to recommend, it will be in those letters.

As if you didn’t already know, election Day is eleven weeks away. In political time, this is an eternity. However, with the White House, about one-third of the Senate, and the entire House of Representatives on the ballot, this election is significant. Particularly because the two presidential candidates have such stark differences in policy perspectives, especially with respect to taxes.

Right now, the polling average puts former Vice President Biden about seven points ahead of President Trump. Data guru Nate Silver's model says Trump has about a 30% chance of winning, which is right about where Silver put Trump's odds on Election Day in 2016.

There are many reasons to doubt the polls, but it's never a waste of time to think about what tax policy would look like with different Administrations and how that would affect the economy. This is especially true today, with many predicting dire market declines if a President Biden would achieve all his policy objectives. 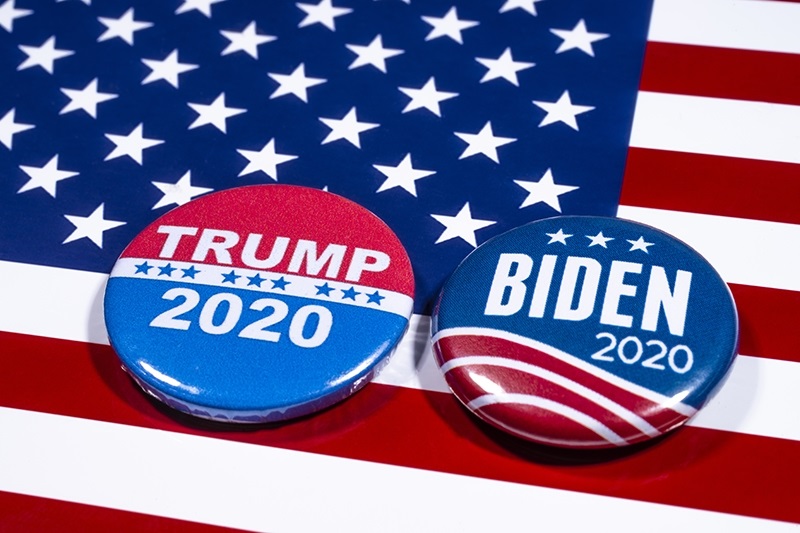 If Biden wins, but the GOP keeps the Senate (right now, Republicans have 53 seats), the answer is easy: very little change. There is simply no way a GOP Senate majority would let Biden raise taxes. Tax hikes would be dead on arrival. The one change Biden might be able to make is enlarging the deduction for state and local taxes. Many in the GOP would oppose because it would lighten taxes more for residents of high-tax states than low tax states, but it still is a tax cut, not a hike.

What many investors are focused on is a scenario where Biden wins and the Democrats also take the Senate. In that scenario, the Democrats could use the special budget process on Capitol Hill to raise taxes permanently (meaning no natural sunset) with a simple majority, similar to what President Clinton did in 1993.

Biden's team has made plenty of tax proposals, but we're going to focus on what we call the Big Five:

(1) Raising the top income tax rate on regular income back to 39.6% from 37%
(2) Raising the corporate tax rate to 28% from 21%
(3) Ending the step-up basis at death
(4) Treating long-term capital gains and qualified dividends as regular income for those earning over $1 million
(5) Applying the Social Security payroll tax on incomes over $400,000+

If the Democrats win the Senate, a Biden Administration is likely to be successful at raising the top personal rate and the corporate rate, as well. We think lifting the top income tax rate back to 39.6% would hinder economic growth, but the effect would be small. That's where the rate was under Clinton and in President Obama's second term, and no recession happened in either period.

President Biden also wants to apply a minimum profits tax of 15% on larger companies' GAAP earnings, but we think this policy would have more bark than bite. The idea is that some companies are using legitimate tax maneuvers, like fully expensing investment, so they show very low (or no) taxable profits even though their GAAP earnings are high (because GAAP has them depreciate investment costs gradually over time). But companies would react by manipulating their books to show weaker GAAP profits, knowing savvy investors would see through the ruse. Companies could also spin off big investment projects to other companies that have large taxable profits, then lease the investment.

Although the Biden Administration would want to raise taxes on capital gains, we think he'd need more than a narrow 51 or 52 seat Senate majority to pass those changes and, even then, would have a tough time eliminating step-up basis at death or treating capital gains and ordinary dividends as regular income for those earning $1 million or more.

Eliminating the step-up basis at death would be an administrative nightmare for some heirs who inherit assets with no records of when the assets were originally bought or at what price. And many of these heirs are far from wealthy themselves. More likely, the Senate would reduce the exemption amounts for the estate tax, instead.

More troublesome from an economic growth perspective would be treating capital gains and qualified dividends as regular income for those making $1 million or more. For dividends, this would unravel about twenty years of tax policy reducing the double-taxation on dividends, because monies are taxed when a company earns profits and then again at a personal level. On long-term capital gains, the tax rate hasn't been as high as 39.6% since the early years of the Carter Administration. That's right, even Jimmy Carter thought that tax rate was too high!

Raising it that high would be a major disincentive for investors. And, given that the economy will be far from fully healed in 2021, we have serious doubts the Biden Administration could rally relatively moderate Democrats to such a tax hike. Remember, President Obama had 59 (and then 60) Senate votes and a large majority in the House when he became president in 2009. And yet the Bush tax cuts he inherited were not unwound until 2013. And then, only partially.

Imposing an extra 12.4% tax would be a large disincentive for high-income workers. Tack that on top of the official 39.6% income tax rate, plus the 2.9% Medicare tax, and we're at more than 50% (our math is factoring-in that some of the cost is paid by the employer, but the cost is ultimately borne by the worker). Then add in a top tax rate of 13.3% for California, which may be going higher, and you have net marginal tax rates nearing 65%.

However, it's unlikely the Biden Administration would be able to impose this extra layer of payroll tax. The special budget rules in the US Senate do not apply to any aspect of Social Security: not benefits and not taxes. Changing any aspect of Social Security requires going through "regular order" in the Senate, which means the proposal could be filibustered until it gets 60 Senators willing to support it. Fat chance!

The bottom line is that a Biden win coupled with Democrats winning the Senate would mean taxes would go up. At this point, we don't think they'd be raised fast enough or high enough to generate a recession by themselves. More likely, it means that after an early spurt of growth this year and perhaps next year, as the economy heals from the COVID-19 disaster, we'd be more likely to settle into a Plow Horse pace of economic growth (possibly with a hobbled hoof) like we had in 2009-16, rather than the somewhat faster pace of 2017-19.

But remember, one election does not make or break a nation. Before long, the 2022 mid-terms would loom large and the presidential election in 2024, with the American people ready to render electoral verdicts and make adjustments again and again.

Bottom line is that the Biden win would not mean an immediate sell-off of stock nor a bear market. Your gains would not be sacrificed and would probably continue albeit at a slower pace. The secular bull market has a minimum timeline of 8 years for over 200 years. This one has at least 4 more years and in my estimate, more than that. Keep the faith and stay invested even during the election.