With government benefits ending is it time to get cautious?

I have been getting questions on the stock market and that it is being propped up by government benefits. With those benefits going down, do we now get cautious and get conservative?

At the end of 2019 we made the same exact forecast for the end of 2020 — the strangest year in our lifetimes, and it's not even over. Compared to most analysts, I was pretty bullish. And then, when the market hit a pre-COVID19 peak of 3386 in mid-February, if anything I looked not bullish enough. 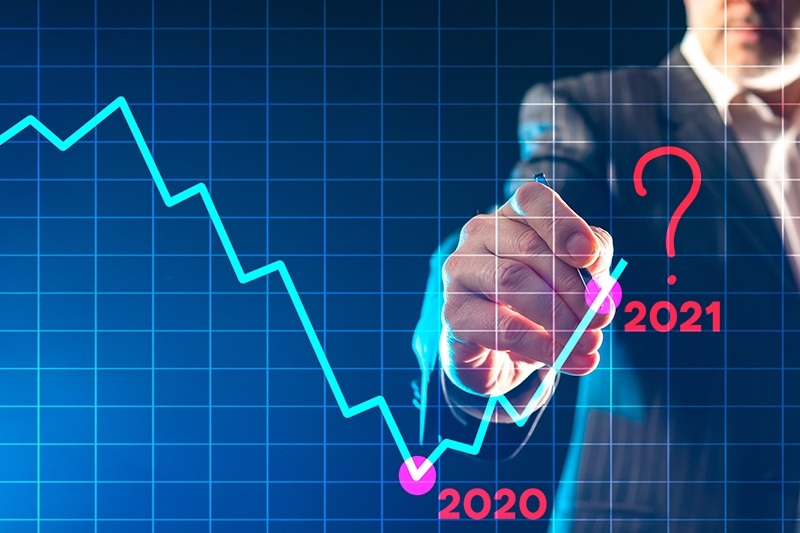 Then the bottom fell out of both stocks and the economy, struck by a combination of COVID19 and overly-strict government shutdowns. The S&P 500 bottomed at 2237 on March 23, pricing in an 80% drop in corporate profits from the year before, making our call of 3650 look obsolete.

About seven weeks later, on May 8, stocks had recovered back to 2930, but I figured 3650 was probably still obsolete, and so revised our year-end forecast for the S&P 500 to 3100. Still bullish, but from a lower base.

But, here we are at the end of August and once again stocks have blown through our updated target, closing last week at 3508. As a result, I am going to defy the reduction of government funding and move my target back up to exactly what it was before corona: 3650.

The key lesson in all this should be that it is a fool's errand to try to time the market. Imagine being told on February 15 that the world was about to be hit by a widespread virus for which there was no known therapy or cure, that governments were going to react by shutting down massive swaths of their economies, and that US real GDP was about to drop at the fastest rate for any quarter since the Great Depression.

Then imagine you had to make a choice about how you would allocate your investments through year end. Many investors would have opted to sell their equities and not look back. But, as we now know, the better choice would have been to grit your teeth and stay invested.

I am using a model based on capitalized profits. Our model takes the government's measure of profits from the GDP reports, divided by interest rates, to measure fair value for stocks.

To be cautious, we're using the level of corporate profits in the second quarter, when they were down 20.1% from a year ago, and at the lowest level in nine years, a level from which they are very likely to recover in the third quarter and beyond. In addition, I am NOT using the current 10-year Treasury Note yield of 0.7%, which generates absurdly high targets for equity prices. Instead, we're using a 10-year yield of 2.0%. And at that yield, with profits remaining at second quarter levels, our model says the S&P 500 is fairly valued at 4052.

In other words, we would not be shocked if stocks went even higher than our year-end target of 3650 and barring a major shift in public policy as a result of the election in November, expect further gains in the 2021. Crazy, eh? I have seen so much more than this over the past 4 decades and if you stick to valuation and cycles, you will be more right than wrong.

So even with the reduction in government help, I still believe the best posture is a bullish attitude. I stand ready to change this forecast if I see anything that would change the growth of the economy and the valuation of stocks. Stay the course.