The second quarter of 2020 was the mother of all economic contractions. Real GDP shrank at a 31.7% annual rate, the largest drop for any quarter since the Great Depression.

However, based on the economic reports we've seen so far, it looks like the third quarter will be the mother of all economic rebounds. Even if industrial production and retail sales are flat – unchanged – in September, they will still be up at 37.6% and 60.1% annual rates, respectively, versus the second quarter average. Total private-sector hours worked would expand at a 25.6% annual rate. Housing starts would be up at a 218% annual rate. (No, that last one is not a typo.) 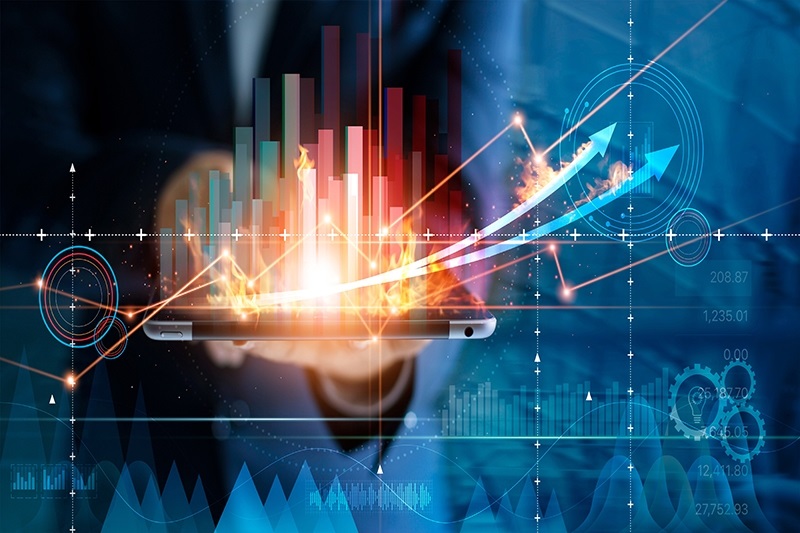 The GDPNow tracking model, created but the Atlanta Fed, is forecasting that real GDP grew at a 32% annual rate in Q3. We're waiting for data on inventories and net exports (which may pull down GDP growth) before committing to a growth rate over 25%. But, either way, it's going to be the fastest real GDP growth for any quarter since World War II and we all knew it was coming.

The first thing to recognize is that even if the real GDP growth rate in the third quarter equals or exceeds the percentage drop in the second quarter, the economy is still in a very big hole. To illustrate this point and putting aside that GDP figures and percentage changes are annualized (which is a whole other issue), let's take a company that produces 100 dresses each quarter. If production drops 20%, that means it goes down to 80 dresses. If production then goes up by 20%, that growth rate is from a lower base (80, not 100), so a 20% gain just gets you back to 96 dresses.

The bottom line is that a full economic recovery in the US is still multiple years away. The surge in growth in the third quarter is largely related to many businesses going from a total lockdown to a new COVID-19 normal. Production and construction six feet apart, no fans in the stands, and 50% occupancy. Meanwhile, many small businesses (and some not so small) have simply disappeared.

This suggests that although growth should continue after the third quarter, it's not going to be nearly as fast. You can only re-open your business once, not again and again (unless lockdowns happen again, which would send the economy back into negative territory).

We don't think we get back to the level of real GDP we saw in late 2019 until late 2021. And that's really not a full recovery because, in the absence of COVID-19, the economy would have grown 2% or more, per year, in the interim. If we define a "full recovery" as getting back to an unemployment rate at or below 4.0%, we'll probably have to wait until 2023.

The pace of the recovery in 2021-22 will depend not only on the course of COVID-19, as well as the development of vaccines, and therapies but also public policy. Reducing overly generous unemployment benefits, even if gradually, would help get many back to work.

Some investors might be concerned about tax and regulatory increases in 2021, but it appears increasingly likely that any tax increases would not kick in until at least 2022 and maybe 2023.

If Joe Biden wins the Presidency and the Democrats take the US Senate, it would likely be by a very narrow majority. In that instance, we would imagine at least several Democrats balking at immediately imposing tax hikes. Remember, when President Obama took office in 2009, the Democrats had 59 seats in the US Senate, and taxes didn't go up until 2013. This was because Democrats were hesitant to hike tax rates when unemployment was high and the economy was slowly recovering from the Financial Panic of 2008-09.

In addition, a President Biden would likely face a federal judiciary that more strictly limits federal regulators to issuing rules that stick to the laws passed by Congress and don't go beyond. This makes executive orders "increasing" the power of regulators harder to push through than those that "limit" those powers. And the Supreme Court may get a new member soon.

Either way, don't expect the rapid growth in the third quarter of this year to last. It is going to be a long slog back. In any event, the stock market will probably go sideways until the election or until it knows who the next president is. Then it will probably go up no matter what.