A lesson in government debt

How about a lesson in government debt, particularly this year that the amount the government is accumulating is historical? The largest federal budget deficit since World War II came back in 2009, as slower growth and increased government spending during the subprime-mortgage financial panic pushed the deficit to 9.8% of GDP. This year’s budget deficit will, quite simply, blow that record out of the water. The Congressional Budget Office recently totaled up all the legislative measures taken so far - as well as the effects of a weaker economy - and they estimated this year’s budget deficit at $3.7 trillion, which they forecast would represent about 18% of GDP. 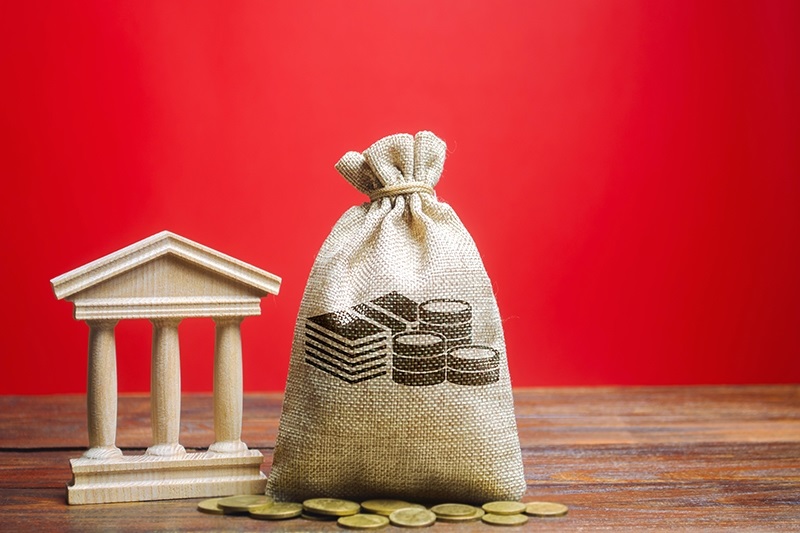 As if that were not enough, the House of Representatives just passed a bill that would add another $3 trillion to the debt. Although a detailed year-by-year cost estimate isn’t yet available on the spending provisions, and the bill is dead-on-arrival in the Senate, which isn’t going to rubber-stamp that proposal, it’s likely Congress and President Trump will end up compromising on some sort of additional measures that drive the deficit even higher.

As a result, we are guessing the budget gap for the current fiscal year ends up closer to $4 trillion, or about 20% of GDP, the highest since 1943- 45. Given the economic crater generated by the Coronavirus and related shutdowns, as well as the heavy-handed legislative response, budget deficits will be enormous in the years ahead, too. Despite these sky-high numbers, it’s important to recognize that the US government is not about to go bankrupt.

The debt, while large (and growing), remains manageable. Before the present crisis, the average interest rate on all outstanding Treasury debt, including the securities issued multiple decades ago, was 2.4%. Now, our calculations suggest newly issued debt is going for about 0.25%, on average, which applies to both the recent increase in debt as well as portions of pre-existing debt coming due and getting rolled over at lower interest rates. When debt that costs 2.4% gets rolled over at around 0.25%, that’s a great deal for future US taxpayers.

The problem is, the Treasury Department has been decidedly stubborn about not issuing longer-dated securities – think 50 and 100-year bonds – that would allow taxpayers to lock-in these low-interest rates for longer, making it easier to spread out the cost of the extra debt incurred throughout the crisis. As a result, if (or more like when) interest rates go back up, the interest burden generated by the national debt could go up substantially.

The best move the Treasury Department could make would be to use the recent surge in debt to overhaul the kinds of securities it issues.

If we want to mix it up a bit, some debt could pay interest with gradual adjustments for inflation, just like TIPS. This is not a new idea. The British issued perpetual bonds starting in the 1750s, and the last ones were retired in 2015. And although they’re called “perpetual” bonds, and they’re not callable, the Treasury Department could always buy them back at market prices to retire them. Liquidity should not be an issue. Every time the government needs to issue longer-dated securities, it could simply re-open that very same security. Then the private sector could slice and dice them, on-demand.

But it’s not only the debt generated by recent fiscal measures that will burden future generations. Overly generous unemployment benefits are disincentivizing many unemployed workers from rejoining the labor force, which slows the process of accumulating skills. Widespread government-mandated closures also hinder skill formation, as well as risk destroying some (or all) of the know-how embedded in business operations.

Yes, the debt is a burden on future taxpayers. In this way, the fiscal response magnifies the effects of other responses to the Coronavirus. So far, the age of the typical person who has died with the virus has been about 80 years old. Right or wrong, our government - and society in general - has taken enormous measures to contain the virus to save the lives of our elderly population, and these moves have imposed enormous costs disproportionately borne by the younger generations who are out of jobs, school, and business opportunities. The very same group who will be paying the costs well into the future.

For those that live in Colorado and specifically Adams County, here is an update on COVID from Colorado State’s COVID website.

Please contact your state senator and governor to open up this state. Our economy depends on it and we are all adult enough to protect ourselves if we choose, which is the key term, if we choose. If we choose to drink ourselves to death or take drugs or jump off a bridge, we could die. Our country was founded on citizens choosing to do the right thing or the wrong. I avoid those that jeopardize my livelihood or health, that is also our choice. Sorry, I had to editorialize this one because like many of you it is starting to make me mad that government officials have the power to take jobs away from people and control how we live our lives…I welcome your feedback.