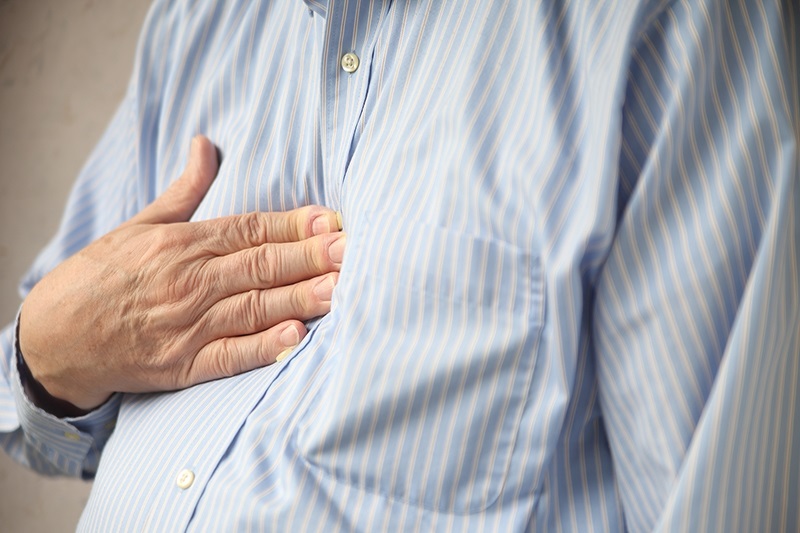 Enough To Give You Indigestion... But Not Enough To Panic

As I write this commentary the markets are down 5% for Monday and Tuesday. The amount of the downturn for the DOW is 1500. That is enough to give you indigestion, but not enough to panic. Understand that downturns that are caused by fear, for the most part, are temporary particularly when the economic numbers are strong. Can the economic numbers change with a Coronavirus escalation? Yes, but that escalation would have to be a lot greater than currently shows, but we will be watching and reporting what we think. For now, I would not panic and since this is a secular bull market, I would not get out of the market.

The markets should recover but this quarter could be challenging.
Every year we get at least one quarter that is down, even in a secular bull market. This year will not be an exception. I suspect, if I was to guess, the markets will recover much of the loss by the end of the week, but we will see. For now, do not panic as we are watching closely and will get to you as we see further news on this virus and when a cure is possible.

Back to what is happening in the markets:
One of the worst bipartisan policy decisions in the past generation was the aggressive government push in the 1990's and 2000's to promote home ownership, beyond what the free market could handle. Policymakers encouraged Fannie Mae and Freddie Mac to gobble up lots of subprime debt, in turn boosting lending to borrowers who couldn’t handle their loans. But now a bizarre idea is making the rounds that, looking back on it, maybe there wasn’t a housing bubble at all!

The theory is that home prices are already up substantially from where they were at the prior peak during the “bubble,” so maybe those “bubble” prices were not that high after all. Compared to the prior peak in 2007, the national Case-Shiller index is up 15%, while the FHFA index, which measures the prices of homes financed with conforming mortgages, is up 24%. But a great deal has changed since the prior peak, which makes it much easier to justify the higher prices of today.

To assess the “fair value” of homes, we use a Price-to-Rent (P/R) ratio, which compares the asset value of all owner-occupied homes (calculated by the Federal Reserve) to the “imputed” rental value of those homes (what owners could fetch for their homes if they rented them, as calculated by the Commerce Department). Think of it like a P/E ratio: the price of all owner-occupied homes, compared to what those same homes would earn if they were rented. For the past 40 years, the median P/R ratio is 16.0. At the peak of the housing bubble, the ratio hit a record-high of 21.4. In other words, prices were 34% above fair value. During the housing bust, the ratio plunged to 14.1, meaning national average home prices were 12% lower than you’d expect given rents. Temporarily, that made sense: prices had to get below fair value to clear the excess inventory.

Today, the P/R ratio stands at 17.0, which means home prices are 6% above their long-term average relative to rents. That’s well within the normal historical range, and no reason to sell. Comparing home values to replacement costs shows a similar pattern. That median ratio in the past forty years has been 1.58, compared with 1.59 today (almost exactly fair value) and 1.94 at the peak in 2005 (23% above fair value). Either way you slice it, bubble-era home prices really were far in excess of what you’d expect given rents and replacement costs, while prices today look reasonable.

We expect home prices to keep moving higher, but not as fast as in the last few years. Meanwhile, the climb in average home prices will diverge at the local level. Due to the limit on state and local tax deductions, expect high tax states to show flat home prices (on average), while low-tax states experience stronger price gains.

One of the reasons we remain optimistic about economic growth, in general, is the continued recovery in home building. Housing starts bottomed in 2009 when builders began just 554,000 homes, 73% below the 2.073 million pace at the peak of the housing boom in 2005. Since 2010, the number of housing starts has increased every year, hitting 1.300 million in 2019. Starts have been much higher in recent months due to the unusually mild winter weather throughout much of the country (except Denver). And while we may see a pullback in the coming months as weather patterns return to normal, we anticipate at least a few more years of gains in home building. Given population growth and scrappage (knockdowns, fires, floods, hurricanes, tornadoes…etc), builders have simply started too few homes since the bust. Now it looks like they need to overshoot to make up for the lost time. In turn, expect new home sales to follow starts higher.

Equities: Downbeat economic data, continued spreading of the Covid-19 virus and plunging bond yields in the US all played a role in the US equity markets moving lower last week. Volume, as expected, was far below average as the trading week was shortened by one day with Monday being a holiday with the markets closed.