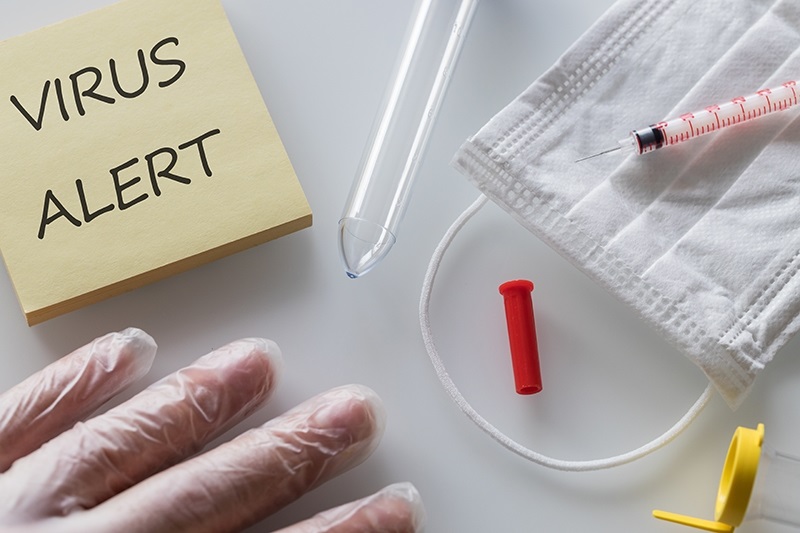 I felt this week that I should write a second commentary due to the fears surrounding the Coronavirus. This morning the markets are up sharply after two days of almost a 7% downturn in all the market. These drops wiped out all the gains for the year. Frankly, it’s amazing to us that the market had been so resilient! Maybe it’s because recent history with stocks and viruses is that markets overreact leading to significant buying opportunities along the way.

Will this happen again? Our view is that it is highly probable. We aren’t trying to be immunologists, and that may make our points moot, but there aren’t that many immunologists in the world and the World Health Organization says this is not yet a true pandemic. We’re just economists, but looking at the data, and having perspective is always important.

There are currently 80,088 confirmed cases and 2,699 deaths from the Coronavirus COVID-19 outbreak as of Monday. This is a big number and is still growing, but the pace of growth looks to be slowing. Much of the pessimism surrounding the virus focuses on the Chinese under-counting the number of infected to save face. However, it’s important to note that a shortage of specialized test kits has caused health officials in many countries to rely on observable symptoms for diagnoses, and because Coronavirus mimics the flu and pneumonia in its early stages, it’s also possible that authorities may be overcounting as well.

According to Worldometer, which aggregates statistics from health agencies across the world, total active cases peaked about a week ago at 58,747 and have since been declining, even with all the new cases we are seeing in South Korea, Italy, and Iran (where data is suspect). There have been 30,597 cases with an outcome (2,699 deaths and 27,898 recovered). In other words, the total active cases now stand at 49,923, a drop of 15% from the peak on February 17th.

One death is too many, but to put that number into a little bit of perspective, according to the World Health Organization, in the United States alone for the 2019-2020 season, there have been at least 15 million flu illnesses, 140,000 hospitalizations and 8,200 deaths

It’s true that the death rate from Coronavirus appears to be around 3% in China, which is much higher than the death rate from the normal flu, but like the flu increases with age. However, outside of China the death rate is far less than inside China, roughly 1%. And, there is already a drug that will combat COVID-19 moving toward first phase clinical trials. It took three months for this to happen in 2020, versus 20 months for SARS back in 2002/03 - a testament to advances in drug technology.

From a macro-economic point of view, the real question is how will this impact the US economy over the coming year. In short, our view has not changed. The US we believe is relatively insulated, with a fantastic health system. The US started the year with solid economic data and so far, nothing has changed. In fact, with all the data we already have on hand, we are expecting around 2% growth in Q1. Most of the impact to the US from the Coronavirus will come in Q2. Capital goods exports to China along with imports from China are sure to be depressed given the struggles to reopen factories abroad. Most Chinese factories are still only operating at about 50-60% of capacity. Shipping giant Maersk has already said it has cancelled more than 50 trips to and from Asia.

With China being home to seven of the world’s busiest container ports there is bound to be some impact. Inventories in the US will be depleted more rapidly, but once the virus subsides, expect faster accumulation of inventories in the second half of the year. Revenues and earnings from companies that are highly exposed to China will definitely be affected. China being shut down for a month will have a global impact. But lower earnings in the first half of the year should be made up by a strong rebound in the second half of the year with payback from lost months.

Demand remains strong and there has been no visible impact yet on the job market as shown by initial unemployment claims. Supply disruption is the issue. We suggest looking through any earnings weakness as we expect it to be transitory. One small nugget of good news is that many companies had already been shifting supply chains from China due to the Trump Tariffs. If they weren’t considering it before they will be now as they realize the importance of diversification. Expect this trend to accelerate moving forward.

The US consumer is on solid footing and will continue to be one of the key drivers to US economic growth in the year to come. We believe, just like all the other viruses we have seen over the past decades that have dissipated, the Coronavirus will be no different. Some have suggested that the 1918 Spanish Flu, which killed hundreds of thousands in the US could happen again. No one knows, but 2020, is not 1918. Technology and news move much faster and the US rebounded from the Spanish Flu when all was said and done. We suspect that any drop in earnings or economic activity will be short lived, and more than made up for in the year to come. Don’t panic, stay invested.