Hold Onto Your Hats!

The Labor Department reported another 4.4 million Americans filed for unemployment claims last week, as massive job losses caused by the coronavirus pandemic continued to grow. The new report, which covers the week ending April 18, brings total job losses since the virus outbreak triggered widespread stay-at-home measures five weeks ago to more than 26 million, erasing the entirety of the 22.78 million labor market gains since the Great Recession more than a decade ago.

The number of people filing unemployment claims for the week ending April 18th is not that much more than the expectations. That is why the markets continue up. Economists surveyed by Refinitiv expected the number of initial claims for state unemployment benefits to hit 4.2 million. There were some estimates out there that were even more dreadful, above 5 million, so there is one argument to be made that this is not as bad as some people thought. 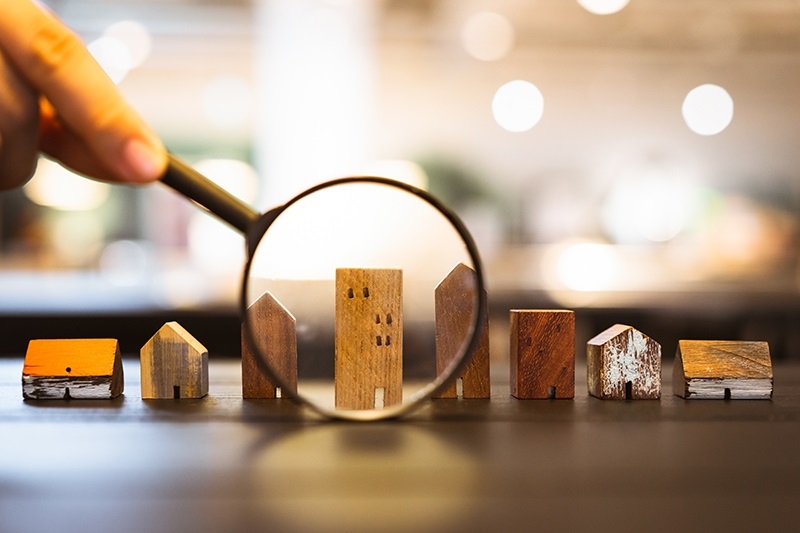 Having said that, we are expecting a very tough quarter, a very tough month and certainly a recession, perhaps a severe one this quarter and maybe even into the third quarter. Nobody knows for sure how fast this economy is going to snap back, but my guess is it won’t be as bad as some project nor as rosy as others project. I have learned over the years I have been in this business that the truth always seems to be somewhere in the middle.

We will ease back with the help of governors easing all of the restrictions on businesses and allowing people the freedom to be responsible and safe. The new relief bill for small businesses is going to help because that means that more employees will not be laid off. My guess is that the third quarter will show some positive GDP numbers as companies open up and more start back to work.

I have been asked more than once, what about real estate. As reported by the U.S. Census Bureau and the Department of Housing and Urban Development on April 16, new home construction starts for single-family homes -- the sort provided by D.R. Horton and NVR's Ryan Homes -- were down 17.5% from February 2020.

Considering how disruptive the coronavirus has been to the overall U.S. economy, with more than 90% of Americans under stay-at-home or similar orders, that may seem like an indication that things aren't so bad. But the underlying context reveals bad news for homebuilders and other stocks that benefit from a strong housing market, like Home Depot and Lowe's.

First of all, it only refers to single-family homes. While that's the only number that may matter to homebuilders like D.R. Horton and NVR, it's not the only part of the housing market. Starts for new multi-family homes (like apartment complexes) with five or more units tumbled 31.6%. That means overall housing starts fell by 22.6% from February to March.

Even with that giant monthly drop, though, housing starts were still up 1.4% year-over-year. Rock-bottom mortgage rates drove up demand through late 2019 and into February 2020. So, if things are up year-over-year, that's not so bad, right?

It's easy to forget that the coronavirus pandemic hasn't actually been going on all that long. While the first confirmed U.S. case was identified on Jan. 21 in Washington state, it was March 4 before the U.S. had 100 confirmed cases, and March 11 before the U.S. surpassed 1,000 confirmed cases. March 11 was also the day the World Health Organization declared the then-outbreak a coronavirus pandemic, and a lot of government organizations and businesses suddenly started taking action.

Before March 11, though, it was more or less business as usual in the housing market. Indeed, in a March 9 survey of its members, the National Association of Realtors found that just 16% of them saw a decrease in interest among buyers, and only 19% reported sellers considering pulling their homes from the market.

In other words, about one-third of March was over before COVID-19 started to have an impact on the national housing market. And it wasn't until March 19 that California issued the first statewide stay-at-home or similar order.

So, while it sure may feel like you've been cooped up in your home forever, March was about two-thirds over before anyone outside a handful of West Coast municipalities was being forced to stay at home. Just 20 states had issued stay-at-home or similar orders by March 26. With that in mind, let's look at those March housing numbers again.

If the housing market was operating on, for want of a better term, "pre-coronavirus" status for the first third of March, and was severely (although not completely) impacted by coronavirus-related shutdowns for the last third of March, then it's likely that real estate activity in March was probably in between "pre-coronavirus normal" (February) and what we'll see in April. In other words, hold onto your hats when the April numbers come around!

By April 7, 42 states had issued statewide stay-at-home orders, with additional orders affecting the largest cities in three more states (Oklahoma, Utah, and Wyoming). Of the top 100 cities in the U.S. by population, the only two currently unaffected by a stay-at-home order are Omaha and Lincoln, Nebraska. That's likely to be the status quo for most, if not all, of the month.

While in many states, home construction is deemed an "essential business" that's exempt from stay-at-home orders, housing completions fell 6% in March, suggesting that the coronavirus was still having an impact on construction work. That impact is likely to be even larger in April. After all, if no customers are out buying new homes -- especially in the major urban real estate markets -- it isn't going to matter how many workers are available. The number of new residential building permits being pulled rose 6.5% in March, suggesting that fewer starts are likely next month.

National Association of Home Builders (NAHB) Chief Economist Robert Dietz agrees, saying in an article on the NAHB website, "We expect further declines in housing starts in April." If you thought March's residential housing report was bad, brace yourself for a downright ugly report in April.

The data suggests that April's housing numbers are going to be even worse than March's. While homebuilder stocks and those of companies affected by the residential housing market like Home Depot and Lowe's largely shrugged off the March report, they may not be able to do the same in April.

Does this mean that we are in a downturn in real estate for the year? No! This, as with most economic numbers, is temporary. I believe the real estate markets will be back strong in June as a result of pent up demand. In fact, I have told my real estate clients to get prepared to work very hard starting in June. That would be a great month to put your house or rental on the market as the demand will drive up prices.

For now, we need to accept that this economy is on hold until the summer when things will start back up again and in the case of real estate very quickly. I will keep you informed of the numbers and my projections for the future.

We have completed our assessment of all clients and made the changes that we needed to make. Now is the waiting game for the economy. The markets are already showing the signs of a recovery within 6 months, so buckle your seat belts because this may be a rocky road for the next month. June should be the turn a round month for the economy as a whole and stellar month for real estate.