In the opening weeks of 2020, investors could not know what was coming from the events that evolved because of a pandemic. The U.S. economy was humming along nicely. Unemployment levels declined to 50-year lows. And the stock market hit record new highs almost like clockwork.

That was then. This is now.

Over three challenging months, coronavirus-induced lockdowns have wreaked havoc on the U.S. and global economies. Millions have filed for unemployment benefits. COVID-19 infections appear to have peaked in many places, but the risk of secondary outbreaks remain. Meanwhile, widespread civil unrest in many American cities has added a volatile new element to an already high level of uncertainty.

Despite all of this, many stocks are down on a year-to-date basis but not necessarily out as many investors optimistically look ahead to an eventual recovery. Their hopes are underpinned by massive government stimulus measures and ultra-low interest rates. Some companies perceived to be benefiting from stay-at-home mandates — including e-commerce, video streaming and food delivery firms — have rallied in the face of the worst market and economic environment since the 2008–09 global financial crisis.

What is unique about this downturn is it was self-imposed by governments in response to a global health crisis. I believe investors are looking forward to post-COVID recovery, which I believe has already started earlier than I anticipated months ago. This crisis is different than 2008 because we can see the other side of the crisis, at least see what is possible.

I believe we will be at a better place two years from now and the markets know it. 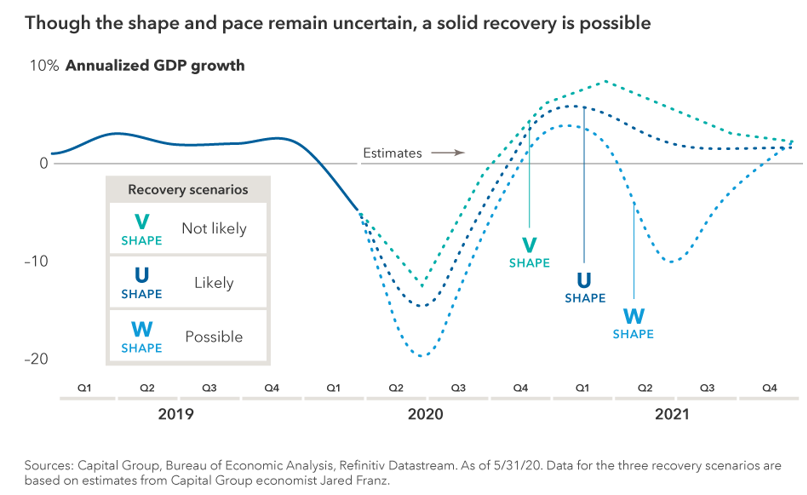 Bear markets are painful, no doubt about it. And when you’re in the middle of a sharp decline like the one we saw in March, it feels like it’s never going to end. But it’s important to remember that during the post-World War II era, bull markets have been far more robust than bear markets, and they’ve lasted considerably longer as well.

While every market decline is unique, over the past 70 years the average bear market has lasted 14 months and resulted in an average loss of 33%. By contrast, the average bull market has run for 72 months — or more than five times longer — and the average gain has been 279%.

Moreover, returns have often been strongest right after the market bottoms, as investors learned in the last severe downturn. After the carnage of 2008, U.S. stocks finished 2009 with a 23% gain. Missing a bounce back can cost you a lot, which is why it’s important to consider staying invested through even the most difficult periods. It is also the reason I move all high yield bond funds to either growth mutual funds or managed accounts. 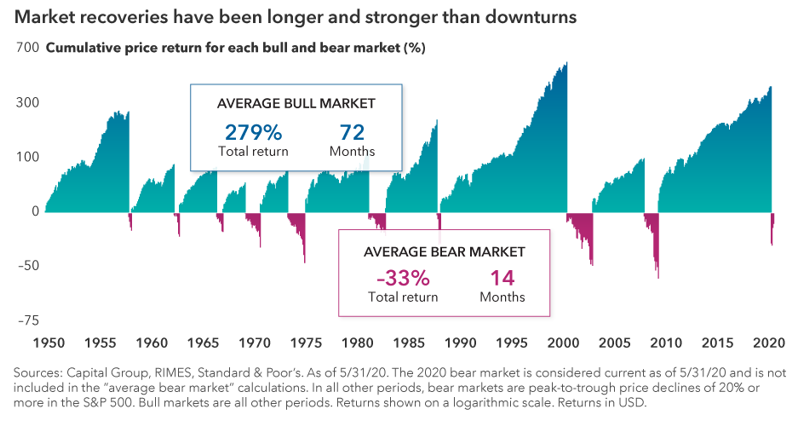 Another important difference in this downturn is that prospects for some dividend-paying stocks have changed dramatically. During previous bear markets, dividend stocks in aggregate have generally helped to provide a cushion against rapidly falling equity prices. Not so this year as many previously reliable dividend-paying companies have suspended or cut those payments in a bid to preserve capital.

Many companies either reduced their dividends or suspended them.

Indeed, select companies across various sectors — including Apple, Costco, Procter & Gamble and United Health — have actually increased their dividends this year. Dividends, on average, are paying more than bonds which is another reason to be in stocks. 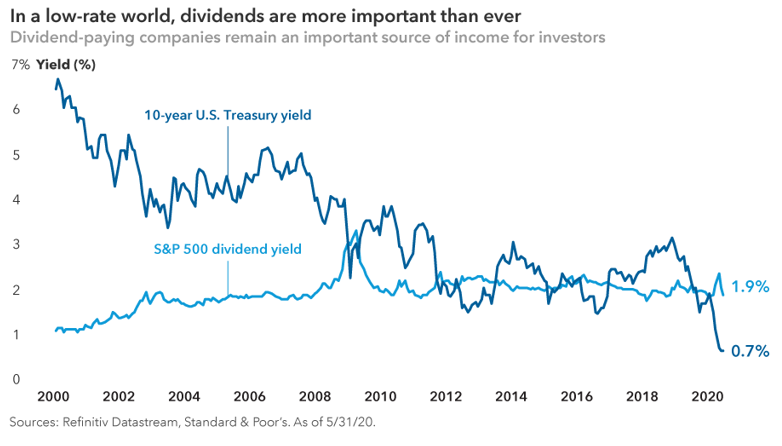 For many of you, I have used a 80/20 split for your managed accounts. With my confidence in stocks, why did I not move 100% into a stock managed account?

The potential shock absorption that a quality-oriented core bond fund can provide still matters. Stock market volatility may not be over. While many investors expect the global economy to recover eventually, the timing isn’t certain and, therefore, a solid dose of downside protection remains a vital part of any fixed income allocation. Since the bonds in the managed account are managed by seasoned managers, I believe that we can get some downside protection from them. 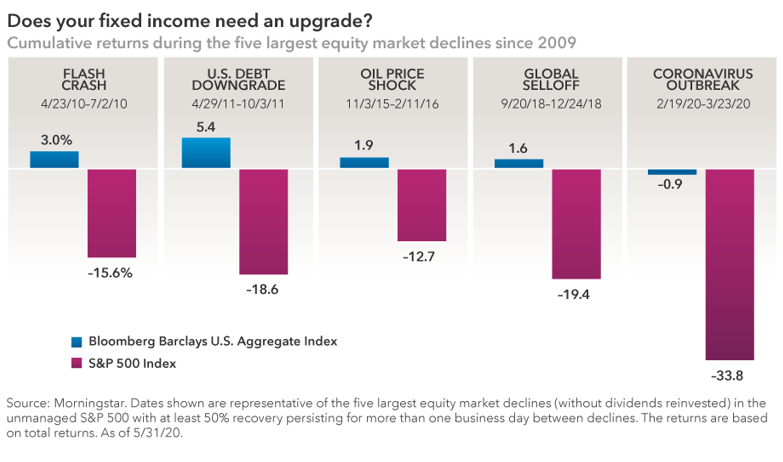