Shouldn’t the markets be down with all the bad news of last week?

Despite the miserable debate, the mediocre employment numbers, the final figure for the GDP for the second quarter, and the president getting COVID, the markets were up last week. What is going on? Shouldn’t the markets be down with all the bad news of last week? For the year the S&P is up 3,8%, and the Nasdaq is up 25%. 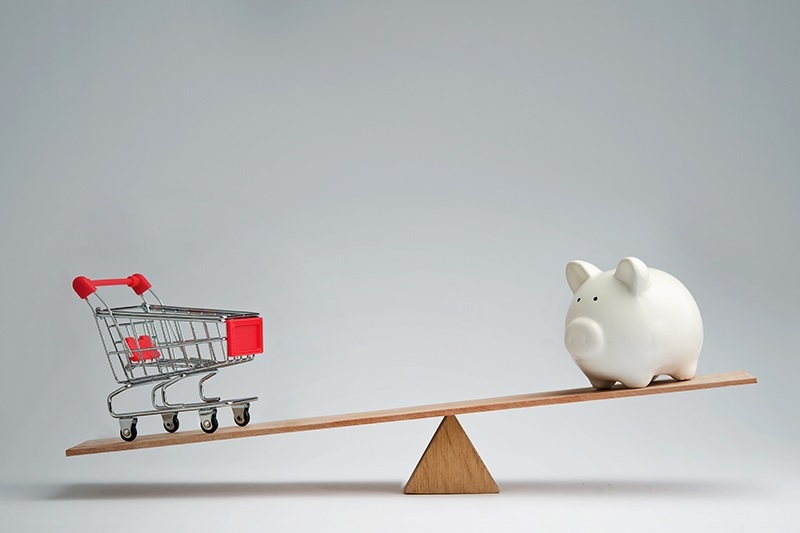 What about the Fed.? Will they remain optimistic about inflation? Over the past couple of decades, the Federal Reserve has coalesced around an idea about inflation that is little more than theoretical, with no real data to back it up. That "idea" is that 2% inflation is the "correct" amount of inflation.

The target is not just a one-year target, it is seemingly a permanent, long-term target. I don’t read tea leaves but that leaves me a bit curious about how they come up with that. For example, the Fed's favorite measure of inflation, the PCE deflator, has averaged 1.5% over the past decade. But the Fed now says it could let inflation in the future run high so that the long-run average rises to 2%. No one knows exactly what this means, but one interpretation is that the Fed is willing to have inflation run at 2.5% for the next ten years so that the 20-year average is 2%.

Really? Why? If we look back over the past ten years, low inflation didn't hurt the economy, it helped it. Unemployment had fallen to 3.5% in February, the lowest since the 1960s. Yes, we know we're just emerging from the problems related to COVID-19, but that's an outside shock to the economic system, not something monetary policy can plan ahead of time. It had nothing to do with the Fed or the level of inflation.

We have always believed that the underlying reason for the existence of the Fed was to maintain a stable value of the dollar. The most stable environment is one with no inflation. As Steve Forbes has always said, if a carpenter shows up at a job site and his yardstick is a different length than it was the day before, it is awfully hard to build a house, maybe impossible.

The same is true for the value of the dollar. It's far more complicated to make an investment, build a plant, or sell goods to a foreign country if the value of your currency changes over time making the value of revenues and investment change with it.

This is what worries us about the commitment to 2% long-run inflation. No one knows exactly what it means, or for that matter, why it is appropriate. Again, inflation averaged 1.5% over the past ten years with no serious consequences to the economy. By allowing inflation to average 2.5% over the next ten years, how does that change the past? The answer: it can't!

What it does do is change the future. In essence, the Fed is saying they really don't have a 2% inflation target, they have a target above 2% for the foreseeable future. And this is worrisome. The money supply has exploded in recent months as the Fed has monetized federal debt. Inflation is on the way higher. For example, this year the Fed said the PCE Deflator would be 0.8%, but it is already 1.4%, and looks more likely to rise than fall.

And if it rises to 2.5%, the Fed will say that is OK, because the average over some period of time (which it can make up by using any number of years of history) is still 2%. Back in the 1970s, the Fed kept saying inflation was rising, but it was all because of temporary factors (like oil) and it would fall later. But, once inflation is out of the bottle, it doesn't come down until the Fed tightens, like Paul Volcker did in the late 1970s and early 1980s.

So, letting inflation rise above 2% is potentially very dangerous. The Fed has created an artificial target and given itself an excuse for causing more inflation. If 2% is really the target, the Fed should claim victory when it is less than that and fight to keep it from rising above.

I have not been confident about the Fed under different leadership for years. They tend to be reactionary versus taking a proactive approach. The last great Fed chairman was Volker and he did what most found distasteful. He tightened monetary policy to make interest rates rise and as a result, broke the back of very high inflation. We need that kind of leadership.