For those of you that are intrigued by the Game Stock growth, I wanted to go into more detail. For the majority, my last commentary will suffice, but for those that want to understand the intrigue allow me to explain. 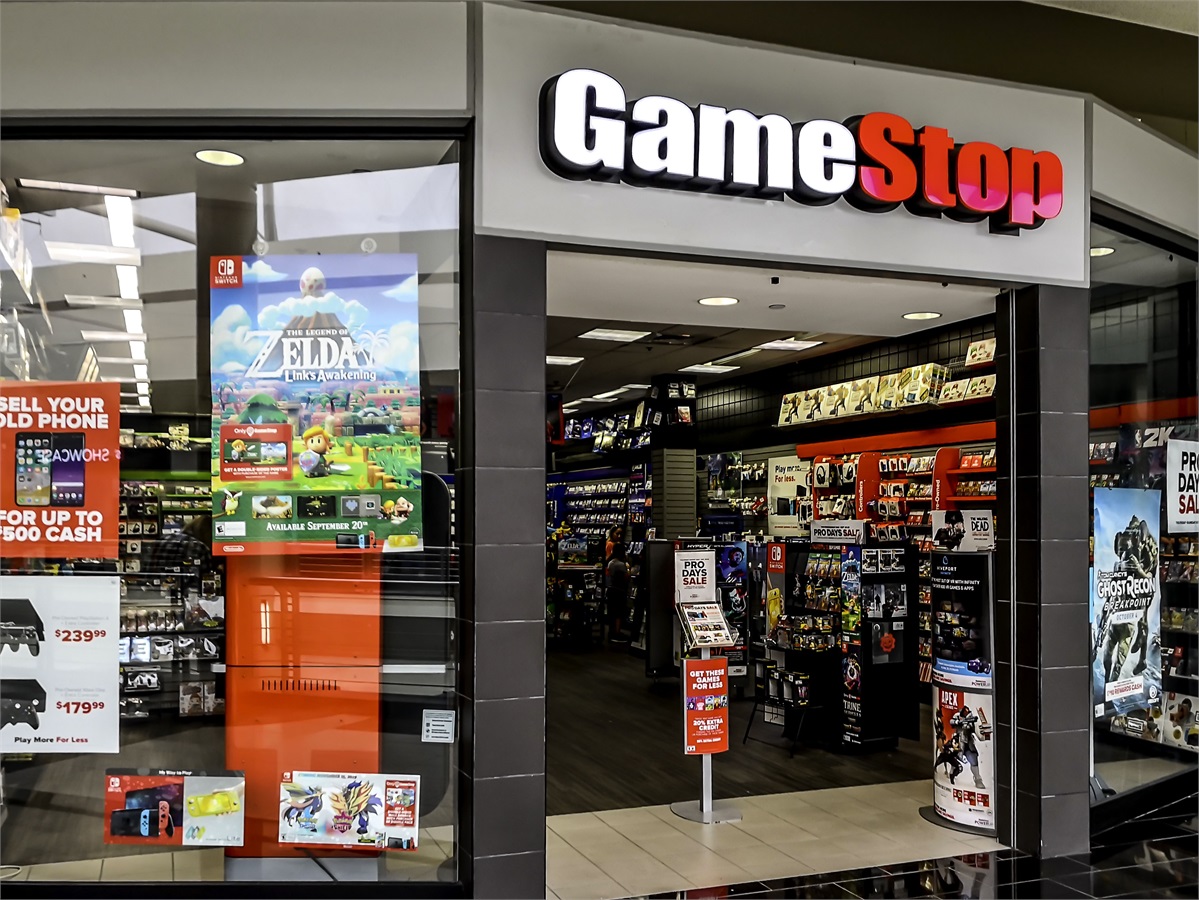 Last week, the main theme of the week was the evolving battle between a group of traders and their mission to squeeze a few hedge funds that were heavily short GameStop stock (ticker GME). Starting in late August, GME started to move higher, which was not entirely surprising, as there is some seasonality to the stock with consumers purchasing gaming systems and new video games around the holidays. However, the magnitude of the movements was a little concerning as the stock went up to $4 per share, up to $8, and then up to $16 and ultimately ended 2020 at nearly $19 per share.

This stock movement came despite no meaningfully positive news from the company about sales or its outlook. Both sales and the company’s outlook had been moving lower since COVID-19 as GME relies heavily on the used game resale business, which under COVID-19 lockdowns and store closures was nearly impossible at many of the company’s locations.

Many analysts had essentially written them off as a company dying a slow death, with parallels being driven between GME and Blockbuster. Whenever a company is thought to have a business model that is unsustainable there are a number of hedge funds and other investors that specialize in short selling securities, that swoop in and try to capitalize on a company’s demise. Short selling involves borrowing stock from someone else with the hope that one can buy it back at a later date at a significantly lower price, and thus the difference is profit on the trade.

GME during the fourth quarter of 2020 was the most shorted stock, meaning it had the highest percentage of shares sold short of any publicly traded stock. The number was over 100 percent of the outstanding shares were sold short. This is a unique circumstance as brokerage houses and market makers technically are not allowed to sell short more shares than are available, due to the risk of a short squeeze. A short squeeze occurs when an investor or a group of investors get together to drive the price of a stock higher because as a price goes up the short sells take on very large losses and have to add cash to their accounts to maintain the proper margin rates for keeping their short positions. The higher the price goes, the higher the margin balances that are demanded to be held by the custodians.

Eventually, if the squeeze is hard enough, most short sellers will just sell out of the short position by purchasing the stock, at the higher price. In that scenario, the short seller ends up losing money while the investors performing the squeeze end up winning. Short selling is very risky because while all stocks have a limited downside—when they are purchased, the stock could go to zero and you can’t lose more than your initial investment—selling short has unlimited potential loss as a stock is not bound to the upside by any financial rules or laws.

For this reason, short selling of individual stocks is left to only a handful of very large funds that do a significant amount of research to gain some kind of an edge in insight that tells them the odds of a stock moving significantly lower are much higher than Wall Street thinks. With GME being more than 100 percent sold short, there being a relatively low number of shares outstanding and a relatively low overall market cap for the company, it was an ideal setup for a short squeeze to be attempted.

The only thing lacking was a way to let others know about trying the short squeeze. This is where an online forum known as Wall Street Bets (WSB) comes into play. WSB is a message board system that has been around for many years and is a spot that investors go to discuss investments with other investors. It has always been somewhat of a fringe group of investors, with there being a few hundred very active users and several thousand casual members. Over the years, there have been several very well-timed conversations that have preceded stocks moving significantly higher or lower. This was the perfect platform to communicate through when trying a short squeeze.

Several of the long-time members started discussing GME late last year and then earlier this year. A mini movement of trying to bring down short sellers was started on the message system with GME being the target as it was the most short sold stock in the general markets.

All of a sudden, on January 13th , volume started to spike upward and the stock price of GME started to take off as the message boards on WSB lit up about the potential to take down a few hedge funds and make a lot of money doing it. Volume on January 13th was 10 times the average daily volume and the company had nothing to say and no reason for the spike in volume. Along with the jump in volume, the stock price jumped by 57 percent, ending the day near $31 per share.

On Thursday, the 14th, the stock price jumped again, gaining 27 percent on very high volume, and the WSB message boards continued to light up about the short squeeze after hedge fund Citroen announced it would be releasing a research report as to why it thought the stock was a great short position. This stoked the flames and made the trade a battle between a heavy weight hedge fund run by a billionaire and the “little guys,” who are everyday people managing their own investments and liking to talk about it on WSB.

Things settled down a little toward the end of the week, over the weekend and the first part of trading the following week, with movements between down 11 percent and up 11 percent, but volume remained very elevated. Then on Thursday the 21st and Friday the 22nd, the squeeze became harder as the stock increased 10 percent and then 51 percent on Friday. Margin calls started to go out on Friday afternoon to some of the larger short sellers, causing some to close out their positions and continue to drive the stock price higher. By the end of the day on Friday the 22nd, the volume was so high that more than 4 times the total number of shares outstanding had been traded that day and the price closed at $65 per share.

Last week, GME started the week with another gain of 18 percent on Monday and followed it up with a gain of 93 percent on Tuesday. On Wednesday a short neck-breaking jump of 135 percent ensued, thanks in part to some high- profile people taking note of the movement and taking to social media to cheer them on in the David versus Goliath style fight. GME ended the day at $347 per share. On Thursday morning, GME spiked higher at the open, hitting a high of $483 per share before falling back a bit and closing the day at $193, following a drop of 44 percent.

On Friday, the WSB message boards once again lit up about options expiring and the stock jumped higher by 68 percent, ending the week at $325 per share. In total, last week GME increased by 400 percent and, for the year so far, GME has increased by 1,600 percent, all thanks to a short squeeze.

With so much increase and volatility last week, some custodians put in place trading restrictions as they attempted to both cover their own potential liabilities and “protect investors of high risks.” This caused even more of an uproar as the WSB lit up with angry investors saying they were being blocked from buying and selling as they wanted to and that the restrictions were because the big hedge funds were losing too much money.

In reality, it was more changes in margin requirements for specific stocks being passed down from the clearing firms that caused some concerns at the smaller client levels. Essentially, if someone’s trade went bad and they couldn’t come up with the funds to settle the trade, the custodian has to step in and pony up the difference, which in the case of Robin Hood trading platform resulted in the need for the company to raise $3 billion in cash.

Financial News Impacting the Markets Aside from the captivating movements in GME last week, which took the vast majority of the financial media’s attention, there were other things the markets would have otherwise been paying attention to. Earnings should have been a huge topic last week as last week was the busiest week of earnings for the fourth quarter of 2020. In total, more than 500 companies reported their results, led by Apple and Microsoft, which both beat earnings expectations by about 20 percent, while Apple also beat revenue expectations and Microsoft posted inline revenue results..

So the economy and corporate profits are strong. Stay the course and avoid the hype of the day.