The recovery has begun

The one key takeaway from last week's Fed meeting is that monetary policymakers are set to keep short-term interest rates near zero for as far as the eye can see. Not forever, but at least until 2023. Keep this in mind in the week ahead, as we get more reports confirming the economic recovery started back in May. (I have never seen the Fed make such a far-reaching prediction. I believe the dire circumstances, motivates a dramatic statement.) 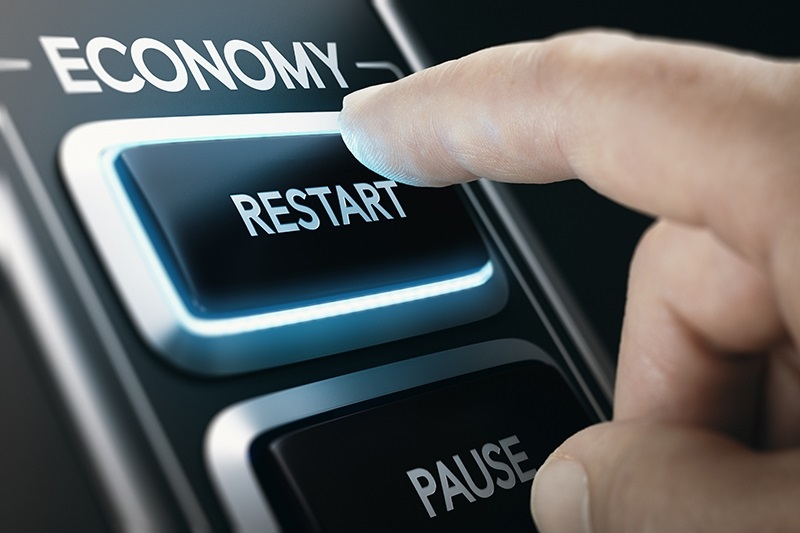 The Federal Reserve conveyed that commitment in a few different ways. First, and most important, was the quote from Wednesday's post-meeting press conference with Fed Chairman Jay Powell that the Fed is not even "thinking about thinking about raising rates." In other words, raising rates is not even on their radar.

However, there is also the possibility that the Fed waits even longer to raise rates this time around, or, if it starts at a similar point (5.0% unemployment), might raise rates even more slowly than it did in the prior cycle.

Given all this, we think the Fed would like to see inflation run higher than it did in the prior economic expansion and will be even more hesitant to raise interest rates. They will err on the side of too much inflation, rather than too little. Understand that the Fed always has the prerogative to change their mind if growth happens faster or if unemployment recovers faster.

The good news is that the Fed seems reluctant to adopt two other policy tools, both of which we believe would be major mistakes. The first tool, negative interest rates, are essentially a tax on the financial system, and tend to embed expectations of weak GDP growth in the countries that have tried them.

The second tool, "yield curve control," has the Fed committing to keeping medium- or longer-term interest rates at or below a certain level. For example, the Fed could commit to making sure the yield on the 5-year Treasury Note is at or below 0.35%, buying potentially unlimited amounts of Treasury debt to target that goal. The problem with yield curve control, is that it decimates price signals coming from the Treasury market, substituting centralized monetary planners' judgements for the collective wisdom of the free market. The reason this is bad is that the markets are better predictors of what is to come than the Fed and meddling upsets the natural way the bond buyers react to what they see going forward.

In the meantime, this week's reports should show that the economy was healing before the Fed's meeting. Retail sales, industrial production, and housing starts should all be up sharply for May, and we expect a continued decline in claims for unemployment insurance, as well. We are still a long way off from being fully recovered, but the process has started. In May, the recovery began.