These days, pretty much everything is hyper-political, including GDP

These days, pretty much everything is hyper-political, including death rates from disease, wearing masks, opening schools, whether some demonstrations are "mostly peaceful" or "violent," and now GDP.

Late last week, plenty of headlines blared that real GDP declined 32.9% in the second quarter, suggesting that our country's output of goods and services was roughly 1/3 lower than in the first quarter of the year. The problem is that this superficial summary of the data is a gross exaggeration. 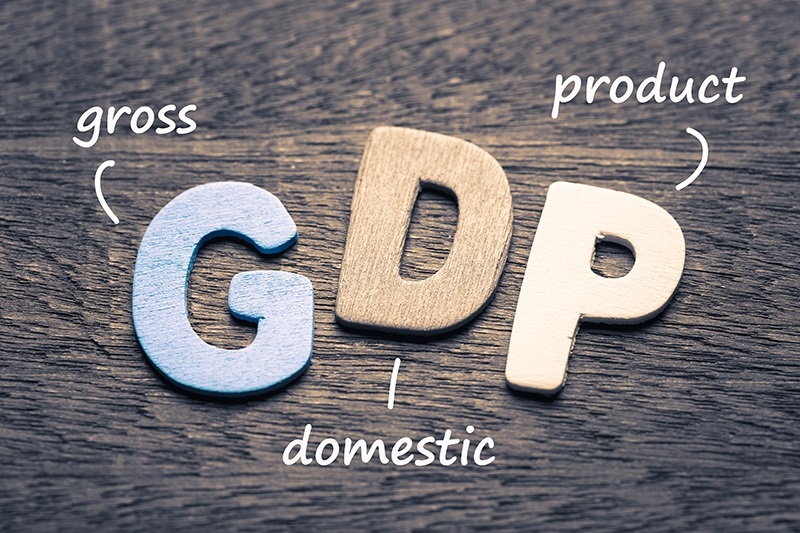 We know this may seem like we're trying to make the economy look better than it is, but that's not our goal. Whichever method you use, the drop in real GDP in Q2 was the steepest for any quarter since the Great Depression, far surpassing the 10.0% annual rate of decline in Q1 of 1958, when the US was ravaged by the Asian Flu.

Furthermore, our argument will cut the exact opposite way in the third quarter when we anticipate real GDP will grow at roughly a 15.0% annualized rate. That means the economy will be about 3.6% larger in Q3 than it was in Q2, not up 15.0% in one quarter.

But all of these numbers are suspect, anyway. Much of the measured economic activity that did happen was supported by government intervention, which ultimately just shifts the timing of economic activity from the future into the present. It is impossible to accurately estimate the impact of total government spending (and Federal Reserve money printing) on GDP because, while some of it is direct spending (say on ventilators), most government spending went to consumers through unemployment benefits or IRS checks. In other words, the Federal Government borrowed from future generations to fuel spending today. This created a weird phenomenon where GDP fell, but personal income actually increased by 32.6% at an annual rate in the second quarter

So, while private-sector wages and salaries fell at a 27.4% annual rate in Q2 and small business income fell at a 43.1% annual rate, overall personal income rose due to government borrowing and redistribution. This is unsustainable, and will likely slow the recovery, especially if the government continues to extend unemployment benefits.

The good news is that the recession is already over; the economy likely bottomed in late April or early May, but the wounds from the shutdown will take a very long time to heal. Our estimate for when the economy will reach a new peak for real GDP is mid-2022, but a better measure for full healing is when the unemployment rate gets back below 4.0%. That, we don't expect until at least late 2023.

The bottom line is the economy is not as bad as the press makes it out to be, but it is not going to be as positive as the first quarter for a number of years. Is it improving? Yes. Is that improvement sustainable? Yes. Does the market reflect that improvement? Definitely. I expect another 5% to 10% growth in the markets before the end of the year.