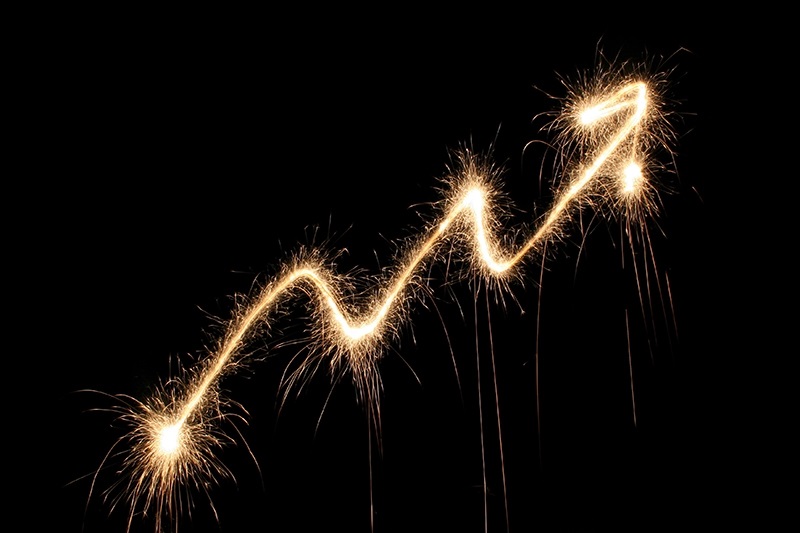 Stocks remain cheap at the current level of profits and are even more so given expected earnings growth. Meanwhile, we look for the economy to continue to grow at a healthy clip, reaping the benefits of a lower tax rate on corporate profits and less regulation. The economic consensus is that the US economy will grow only 1.8% in 2020 (on a Q4/Q4 basis), which would be the weakest growth since 2012. Instead, we’re forecasting growth in the 2.5 - 3.0% range.

Look for both home building and business investment to contribute more to economic growth next year than they did in 2019, while growth in consumer purchasing power continues to boost spending. As you’d expect, given that we’re projecting better economic growth, we’re also forecasting a stronger labor market. The consensus says the unemployment rate will tick up gradually to 3.6% by the end of 2020, versus 3.5% at present. Instead, we see the jobless rate falling to 3.3%, which would be the lowest since the early 1950's.

Job growth should stay healthy with accelerating wages, particularly among low-income workers, leading to continued robust increases in the labor force (the number of people working or looking for work). The consensus says payrolls should grow around 130,000 per month in 2020, tilted toward the first half of the year due to extra Census-related hiring. We’d take the “over,” with payrolls averaging more like 150,000 per month, and with the risks tilted more toward the upside.

On inflation, it looks like we’ll finish this year with the Consumer Price Index up about 2.2%, a small acceleration from the 1.9% increase in 2018. The consensus expects CPI inflation to fall back to 2.1% in 2020, but we project another acceleration, to 2.5%. Monetary policy is still loose and the M2 measure of the money supply has accelerated substantially this year. Look for further acceleration in inflation beyond 2020 unless the Federal Reserve reverses course, an unlikely prospect given the unnecessary interest rate cuts this past year and the Fed’s reluctance to raise rates during a presidential election year.

One of the persistent flaws in the economic thinking of many analysts and investors is that economic expansion has to come to an end because of old age alone. History contradicts this widespread claim. Research from the San Francisco Federal Reserve Bank back in 2016 shows that old economic expansions are no more likely than young expansions to die in the following year. Our view is that entrepreneurship and public policy matter the most. The animal spirits of US entrepreneurs are alive and well; think about the innovations of the last decade and how they’ve changed the world and our daily lives.
The US has gone from the world’s largest importer of petroleum products to being a net exporter. Cancer death rates are headed down substantially. The value of the technology we can hold in our hands easily dwarfs what even the best desktops could do a decade ago. Meanwhile, public policy is helping boost growth rather than holding it back. No tax hikes, trade conflicts likely on the wane, less regulation. The current expansion won’t last forever. But we don’t see it ending anytime soon.

Equities: Three of the four major US indexes posted gains for the week, but, as mentioned above, they were done on such low volume that the movements should be taken with a grain of salt. Volume was significantly lower than the same time period last year, but you may remember that Christmas week last year is when we saw the markets in a free fall, followed by a hard bounce higher the day after Christmas. Overall, volume for the week is in line with what we have seen in many of the past years.