Who are the real beneficiaries of student loans for higher education?

It's time to think about something other than COVID, statues, the election, and defunding the police. How about higher education? Specifically, student loans and grants.

Just like the bipartisan efforts to making housing more affordable, these programs were well-intentioned. But, also like the housing market, they have led to serious problems. The US has about $1.5 trillion in student debt outstanding, mo 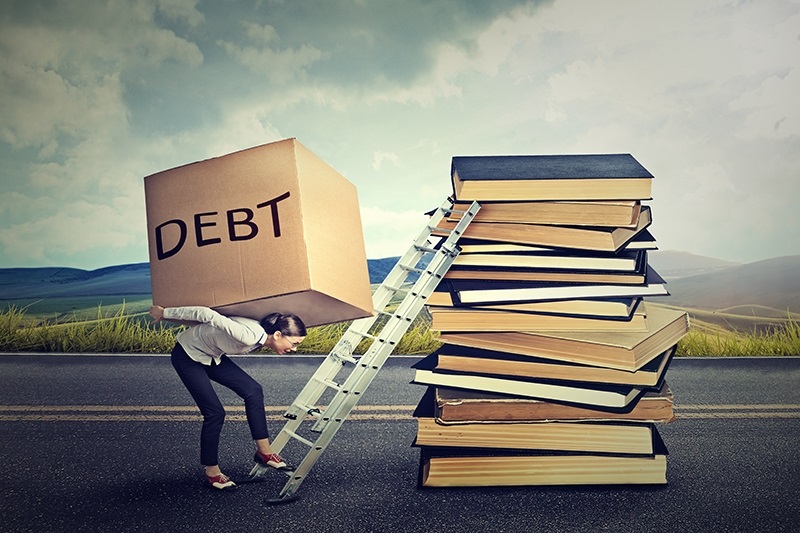 re than subprime mortgage loans in 2007. We're not worried these loans will cause a collapse in the economy, but they are a major burden that must be dealt with at some point

The debate about student loans isn't easy. One side argues that, if young adults are having trouble paying, they should have known better, gone to a different college, or taken classes that taught more marketable skills. Maybe they shouldn't have gone to college at all. The other side says that's why we need to "forgive" these loans, it's not the students' fault; they were told a college degree is a key to the American Dream. Of course, both arguments belie the fact that they have parents who should have known better.

Here is the real problem for the Universities. Student loans have become a job and wage subsidy program for college professors and administrators. They, not the students, are the primary beneficiaries. Ask recent grads about socialism or history or geography and the problem with the Universities is more relevant. The government is using young adults to deliver money to the intellectual class, much of whom is utterly lacking in marketable skills, and deeply hostile toward Western Civilization in general (and free-market capitalism in particular).

A large portion of the revenue that funds academics' salaries comes from the government. According to the GDP accounts, the value of higher education services totaled $196 billion in 2019. Meanwhile, housing and meals at schools totaled $57 billion. For comparison, federal loans and grants totaled $134 billion in the 2018-19 school year, with an additional $13 billion in state grants. And these figures exclude direct spending sent to colleges themselves. In other words, a substantial part of college funding is supported by government spending. I wonder if we all said, “defund the universities” what the public outcry would be. And yet, it is a wonder what is being taught and whether graduates have the right degrees for what corporate America needs. The number one degree in college is psychology.

Imagine if Fannie Mae and Freddie Mac announced a program to buy all the mortgages that banks made to 18-year-olds who bought homes with no money down. Obviously, that policy would lead to disaster and excessive homeownership among teenagers, who would have little idea of the long-term consequences. Well, that's what's happened with colleges. Except a mortgage has a home collateralizing the loan. You can't foreclose on a degree in poetry.

Unfortunately, both sides of the political spectrum would keep the gravy train for privileged academics intact, no matter how absurd, useless, or harmful the "education" they provide, and no matter how much these institutions impinge on the free speech of their students.

So, here are some suggestions to end the windfall for the intellectual class and make them put some skin in the game.

First, just like new banking rules that were passed after the subprime crisis, let's require 50% claw-backs of federal loan money from a college if its students don't repay. If they default, students will still be on the hook for 50% themselves. And if a college thinks a defaulting former student could repay the full amount, let the college go after the student for the other 50%.

Second, because colleges have abused their charitable status and engage in political activity, they should no longer be tax-exempt. Third, wealthy colleges with massive endowments should be taxed like the hedge funds that they are.

The road to hell is paved with good intentions. It's time policymakers take a different route on higher education. It is time that the education system gets out of the political game and truly get our students to think critically and understand how to think rationally.

One caveat. I know some exceptional teachers. Not all are politically motivated or pressured to think and act a certain way. These teachers are good people who really care about the students they teach. The problem does exist in grade schools and high schools but for the most part, it exists in higher education. “Defund Universities” has a nice sound to it…